This Saturday, Alvirne High School will host the 12th edition of the “Battle of the Border” with 18 schools (9 from Mass., 9 from N.H.) scheduled to compete and close to 700 runners expected. 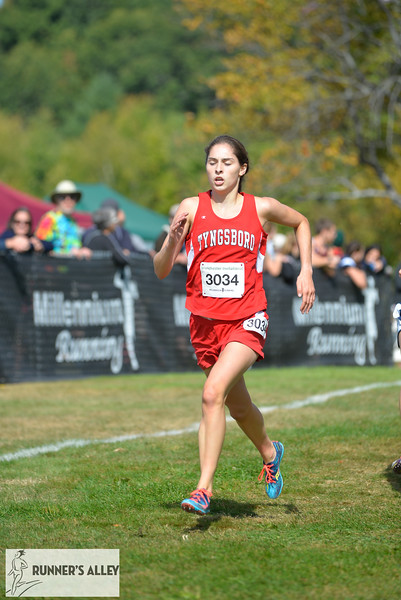 up to battle the Bay Staters.  Expect Alvirne’s Kendall Westhoff (16:10 Manch) and Noah Bellomo (16:31 Manch) to mix it up with the Mass. runners.

On the girls’ side look for NH’s 7th ranked Alvirne to battle it out for the girls’ team crown.  Tyngsborough’s Jaylan Fraser-Mines, who posted a stellar 19:17 at the Manchester Invitational two weeks ago, looks to be the favorite for the girls’ individual title.  Alvirne’s Katie Bellomo (19:53 Manch) and Jessica Fontaine (20:08 Manch Invite) should also be in the mix for the individual crowns as they compete on their home course.