After 42 years, due to the fantastic growth of the sport on the middle 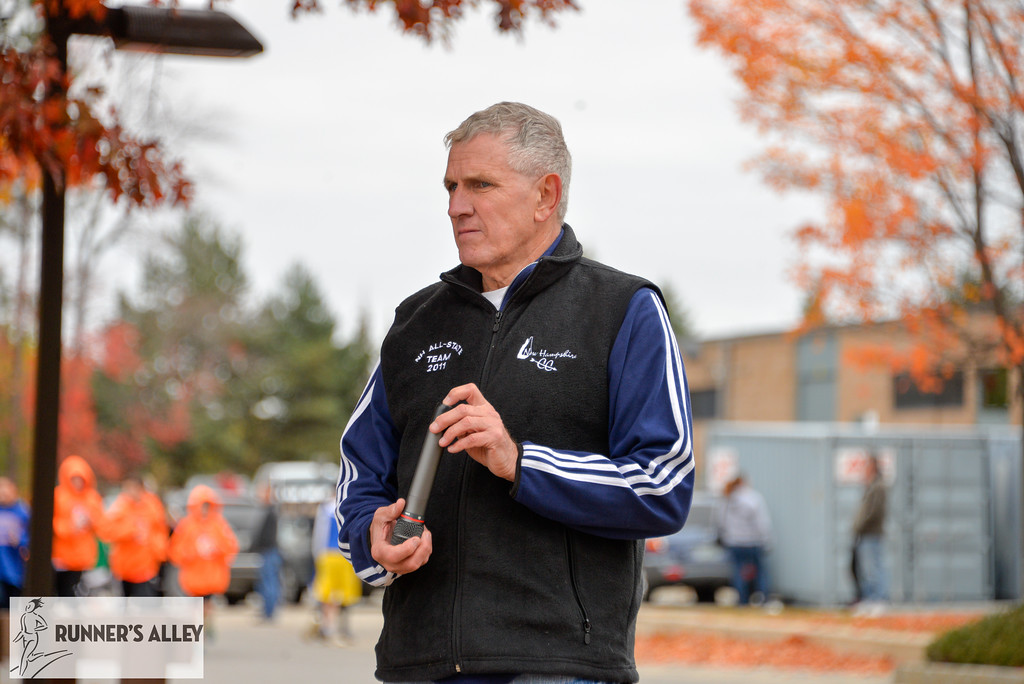 school level (Thank you Larry Martin and Londonderry!), 1 site for a NH Middle School State Championship is no longer appropriate.  This year there will be three divisions (based upon the 2015 attendance numbers from the NH Department of Education). A school can petition up to a higher division but not down. The 43rd annual Middle School State Cross Country Championships will be held this year on Saturday, October 22, 2016 at both Londonderry High School (Division I and II) and Coe-Brown Northwood Academy (Division III).

Specific information regarding each meet can be found at LancerTiming.

Division I and II

Below is a breakdown of the top returning teams and individuals per division.  Looking forward to the coming weeks, Milford, Manchester, Concord, and Coe-Brown (the-2016-black-bear-middle-school-invitational) all have invitationals as well as each respective league/region across NH.  If you want to relive last year’s state championships, we have all 4 race videos cued up below the article. The top returning team is McLaughlin who return their entire top 5 from their 2015 runner-up team.  Led by Morgan Nault and Jessica Currier, they are heavily favored.  After them, it is anyone’s guess. Middle school is highly unpredictable, but Hillside, Londonderry, Dover, Ross A. Lurgio, Cooperative and Keene all have great traditions.

Individually, Lurgio’s Carly Rinko is this Division’s top returner followed by Elm Street’s Grace Jones.  McLaughlin’s Nault and Currier along with Cooperative’s Grace Mercier all have potential to take home the individual title. Amherst Middle School is the heavy favorite here.  Led by top returner
Sophia Lunati, Amherst could place three in the top five, so they are extremely hard to pick against.  Other schools with great history in this division include Oyster River, Litchfield, Hampton Academy, Hollis-Brookline and Portsmouth.

Individually, top honors should be a battle between Lunati and Oyster River’s Sophie Sullivan.  After these two, expect Kylee Quinlin (Hampton), Masho Primmer (Amherst) and Annie Bermingham (Amherst) to round out the top five. With the potential of placing three in the top 10, Hopkinton Middle
seems to be slight favorites over Northwood and Deerfield.  Hopkinton’s challenge is finding a 4th and 5th scorer.  Northwood returns defending small school champ Addison Cox and has potential to score four in the top 15, while Deerfield could score four in the top 20.  All in all, this division seems to have the most team parody, which could make this the closest of all 3 divisions. Can anyone stop the Londonderry juggernaut?  With the top three returnees in Matt Griffin, Ryan Young and Will Heenan, along with a slew of eighth graders ready to take center stage, they are the heavy favorite to repeat as champs.  Fairgrounds, Rundlett, and Woodbury have the most returning on paper to compete for the runner-up position.

Individually, along with Londonderry’s 3-headed monster, Fairground’s John Sullivan and Woodlawn’s Bradley St. Laurent should factor into the top five. Individually, look to Silk, Fleischer, and O’Brien to battle for the individual title.  Amherst’s Alex Blossom and Oyster River’s Amani Harvey to round out the top 5. Although the smallest, this division seems to be laden with talent.  With three of the top 5 returnees, Northwood School seems to be the favorite.  Aidan Cox and Luke Tkaczyk are the top 2 returnees.  Add Porter Heigis as the fourth returnee and the Lakers potentially only have seven points through their top three.  Of course defending champion Deerfield School may have some say in the outcome.  Also with strong programs, hoping to have a top five performance will be Boynton, Nashua Catholic, and Academy for Science.

Individually, Cox, Tkaczyk and Heigis should be joined by Torin Kindopp (Chesterfield) and Brayden Kearns (Deerfield) in the front pack.  All five have the potential to take home the inaugural D III title. PICS MORE PICS! With 17 teams attending, the 2021 Bobcat Invitational at DeMeritt Hill Farm marked a return of a NHCC beginning […]