Thursday, October 20th will see the 40th annual running of the Capital Area Cross Country Championships, held at Merrimack Valley High School in Penacook. Comprised of most of the schools in the Capital Area (informally defined as the Concord Monitor newspaper’s coverage area), the race has long served not only as State Meet prep against stiff competition, but for local bragging rights. All 3 NHIAA divisions compete, as well as local private schools, including St. Paul’s and for the first time this year, Tilton School. The past three years have seen St. Paul’s at the top of the team leaderboard, with the last two decided by a single point over once-a-year, in-town rivals, Concord High. The individual top spots have been held by Cam Daly of Inter-Lakes and Dom Repucci of Hopkinton. With St. Paul’s graduating their top two and both Daly and Repucci graduated, change at the top is inevitable. Concord may have graduated their top runner from a year ago, but have more than made up for it with the addition of track star James Wilkes and the continued development of the rest of last year’s top 7. Undefeated in NH this year and ranked #1, look for Concord to avenge those 1 point losses in a big way. Kearsarge’s NH #9 ranked team looks to return to the runner-up spot it last attained in 1985, but to do so, it will have to defeat a less-strong but still very deep St. Paul’s squad. Results are hard to come by (that’s what makes it interesting!), but it appears that the entire top 5 of St. Paul’s are a pack, in the mid-17 range, very similar to Kearsarge. After these clear-cut top three, it will be a toss-up battle of who has the best day to determine the remaining order of finish. Belmont, MV, Hopkinton, Prospect Mtn, and Gilford all raced each other at the Belmont Invite, with all 5 teams finishing within 12 points of each other.

Individually, Wilkes is the favorite to win the Capital Area title in his first attempt.

His closest competition may be from his own teammates, Oliver Spencer and Forest MacKenzie, the first and fourth returners from a year ago. After that things get interesting, with the St. Paul’s runners, led by Santi Saravia and Chapin Bassi, as well as the 7th through 10th place Belmont finishers; Simon Doneski of Hopkinton, David Reynolds of MV, Nick Randos of Belmont, and Mason Benedict of Kearsarge.

In the girls race, despite running without Cassie Shea, previously ranked Concord is still running strong as evidenced by a recent win at Mines Falls over 5 DI opponents. Jennika Mannesto should lead the Tide to their 5th straight win, barring an upset. MV did defeat Concord at Thetford, but Concord didn’t have Mannesto, and adding her into the equation more than makes up for the difference. MV does 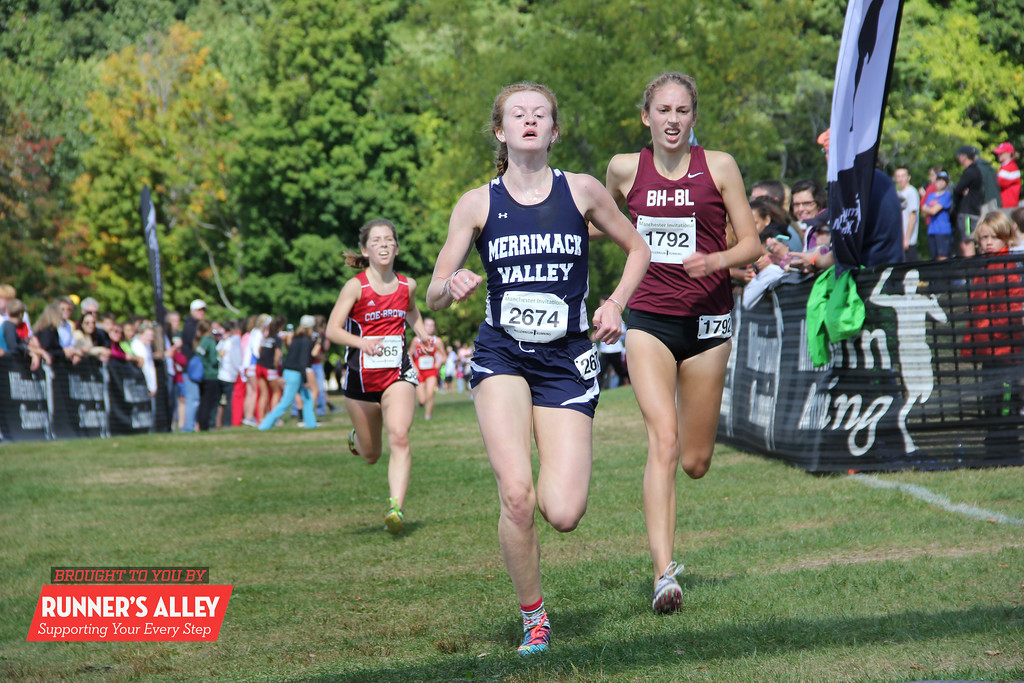 look like the favorite to repeat as runner-up despite losing to Kearsarge at the Belmont Invite, as they were missing top runner Kristie Schoffield. Looking to upset MV for the second spot is Kearsarge, Hopkinton, and the dark horse, Bow.

Individually, Schoffield looks to add her name to the short list of three-peaters at Capital Area. Only Olympic marathoner Guor Majak (Marial) (2002-2004) and 2002 National Outdoor 800 champion Rachel Umberger (1999-2001), both of Concord High, have done it. Among those looking for the big upset is Mannesto of Concord, Alice Riley of Belmont, and Tilton’s Maddie Clark. Clark is having a homecoming of sorts, as she placed 5th here in 2013 and 3rd in 2014 while running for Hopkinton. After these three, look for the freshmen duo of Emma Roth and Sydney Stockwell of Hopkinton and Gabrielle Czerula of Concord to compete for a spot in the top 5.