Middle School Meet! Beaver! Manchester! Week 6 was hectic beginning on Monday with the group getting out for a longish run with enough time to help with the Boynton Middle School home meet. Getting to watch the middle schoolers is always fun, and the race for me really showed how far that team has come as a feeder program in the last four or five years.

Tuesday was filled with heavy amounts of rain, but this signified that it would be one of my favorite days of the season: The Beaver. The Beaver is a team run in the trails across the street from our school. The intent is to get as wet and muddy as possible, and we always finish with a swim across Beaver Pond. I’ve always loved these runs because it’s such a great opportunity to take some time to have fun on a run, as well as bond with teammates that you might not always get to spend a lot of time with. Nothing like wading, chest deep in a slimy beaver pond to bring a team close together! 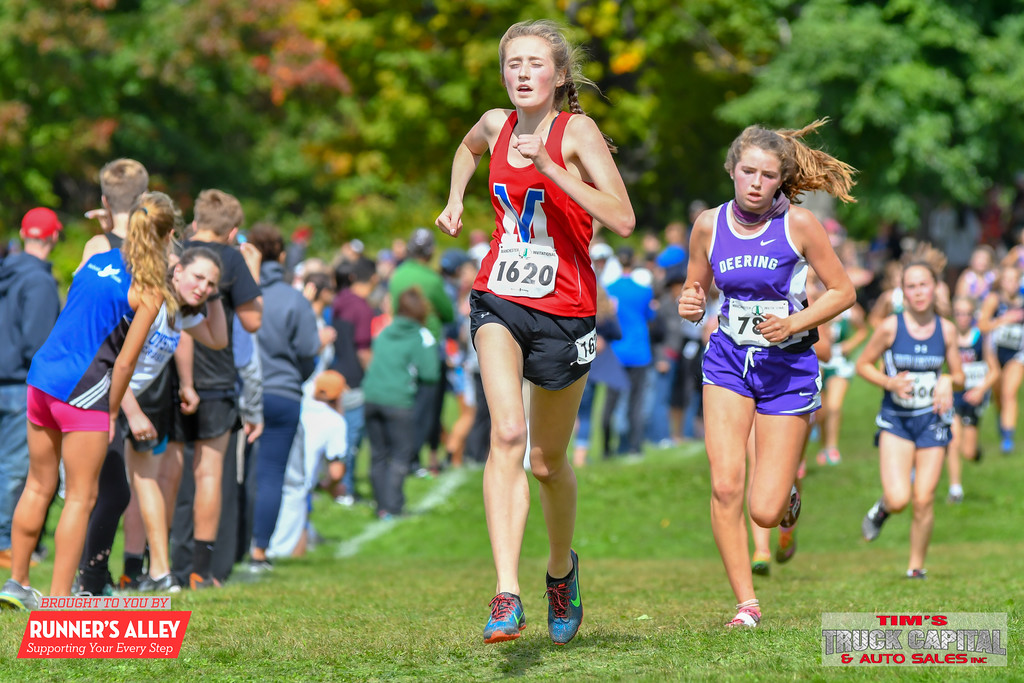 On Thursday, our team attended the Conant Homecoming Meet for a decent 3-on 3-off workout. The girls ran the workout to perfection, and really focused on their control through the entirety of the race. I wish I could say the same for the boys, as some of us got a little too antsy in the second half of the meet. Still, a lot of our guys were able to run the workout correctly and turn it into a solid day. Conant’s Homecoming is always pretty enjoyable, as their course is one of the most visually pleasing you’ll ever run.  It snakes through the back nine of the Shattuck Golf Course.

Saturday took us to Derryfield Park in what was a new experience for everyone; the Manchester Invite. None of our team had ever raced at this meet before, and although it could have ended up being really overwhelming for a young team like ours to run at a meet this big, it really worked out well for us. Our boys in both the C and B races (JV) ran great for it being their first ever race on the course, especially Zack and Jethro. The girls looked strong during their run, and raced like they belonged there. On the guy’s side, we had some really solid individual performances that definitely showed our growth over the last few weeks.

Week 6 was hectic, but it was also one of the most enjoyable weeks of the season so far. Manchester was a great chance to get a look some racing practice on Derryfield Park before states, and I’m excited to see what both sides of our team does come October. 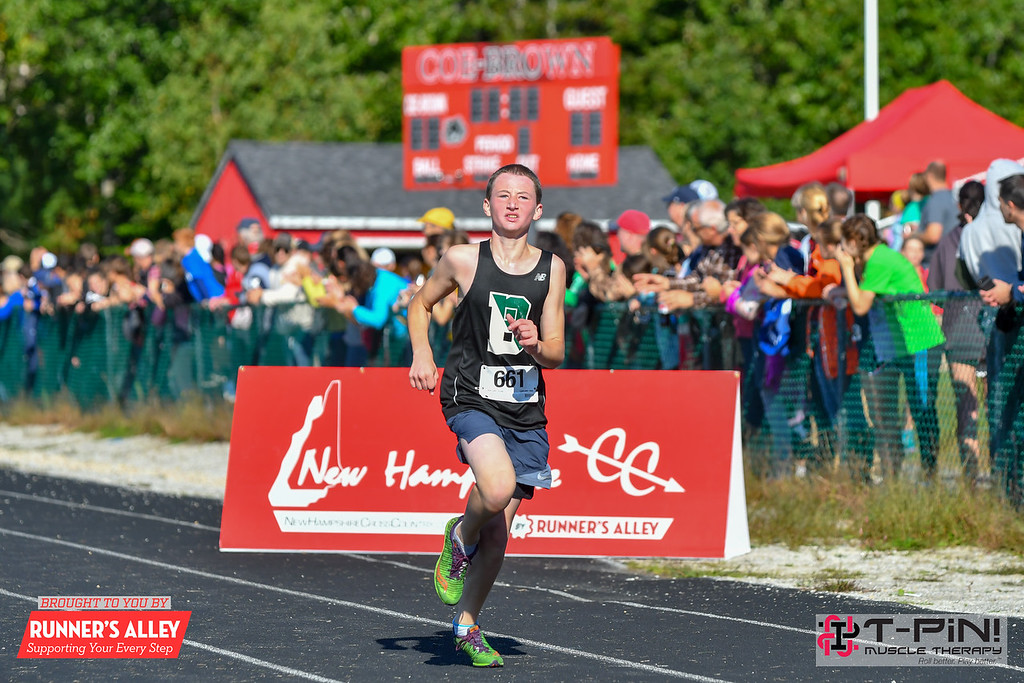 Only in New England can it go from 45 degrees on one day, to 80 the very next. That’s just what happened during the long week. Monday took the team to River Road for our second time doing The Grinder this season. In case you forgot, The Grinder is a 1.3 mile hill that we try to run up fast enough to earn a shirt (under 8 minutes for the boys, 10 for the girls.) And although nobody new earned a shirt, the entire team ran significantly better, with an average improvement of nearly 40 seconds.

Tuesday was the coldest day of the week, and we used it as our easy maintenance run day. On Wednesday, the heat spiked back up to near 80 degrees, so obviously we had our track workout scheduled for that day. Our lovely dirt track was a little soft, but the team toughed it out and got some solid 300’s in at goal pace before Coe-Brown.

On Saturday, both the middle and high school teams rode up to Northwood for the Coe-Brown Invitational. As always, it’s great to watch the younger kids race, and a lot of them had some pretty decent days.

The boys in the JV race really set the tone for the whole day as a team, with really solid runs and a great team finish for only having seven guys. For the varsity races, the girls got another taste of close, competitive running, and even though they’re young, they performed and ran like they’re veterans. On the guys’ side, we saw some great individual performances, especially from our sophomores, Landen and Josh. Once again I managed to live up to my reputation of falling in races, because I did it not once, but TWICE in the race. Great stuff. In spite of that though, our team still had a great outing, and I think we showed that we can compete with the best teams in the state.

Week 7 showed us once again that racing season is in full swing, and I couldn’t be more excited to see how we move forward as a team from here on out.