This year marks the 37th Belmont “Jeri Blair” Invitational, named after Belmont’s long time cross country and basketball coach Jeri Blair. Always a measure of excellence, this D2/D3 meet endures on just like Jeri.  The beginning of October date and the bulk of division 3 teams there makes the meet a solid measure of potential going into the championship season for these teams.

Back to what’s being billed as the “New Millennium” course, with the start and finish back on the newly renovated track, this year’s version is looking forward to some great competition.  Last year the Hanover girls and Mascenic boys won with solid team performances and Kearsarge’s Mya Dube and Hollis-Brookline’s Kenny Corsetti beat some tough competitors to become the individual champions.

The 2018 version looks to be loaded with plenty of firepower as well, with the two of the top D3 teams in Kearsarge and Hopkinton, along with D2’s Hanover on the lady’s side and D3 powerhouses Mascenic and Kearsarge, along with top ten ranked Hanover on the guys side.  Last year, the Hanover girls won it by stacking four in the top twenty, losing one of those to graduation. They will have their hands full with the youth movement by Hopkinton and Kearsarge, both of which have been helped by strong spring campaigns and solid freshmen groups.  On the guys side, the composition of the Mascenic, Kearsarge and Hanover teams have changed greatly over the last 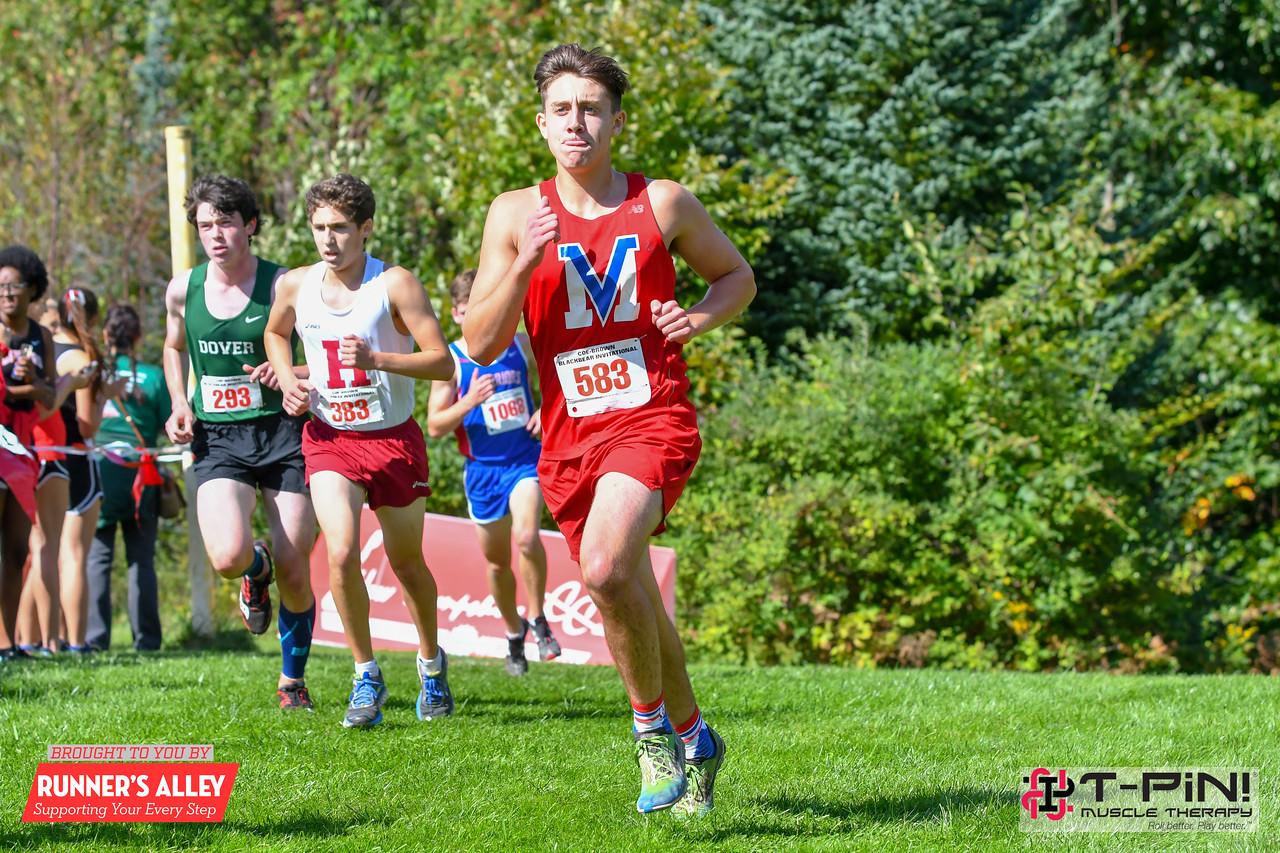 year due to graduation. Mascenic has been trying to find its footing early this season but seems to be back on track finishing as the highest participating team at last week’s Coe-Brown Black Bear Invitational.  Hanover appears to be least hurt by graduation as they find themselves with a top ten ranking. Who has the upperhand going into championship season? We’ll find out when the dust settles.

Individually, we have to tip our hats to Kearsarge’s Mya Dube, the defending champ.  There has been nothing this season to say otherwise, but while she might have been able to operate under the radar a bit last year, she will be afforded no luxury this year.  Look for last year’s #2 Leila Trummel of Hanover to chasing, along with Sanborn’s Avery Scully, Hopkinton’s Stockwell sisters, freshman Anna O’Reilly and Emma Rothe . Also look for the Bears sisters of Kearsarge, and White Mountains’ Leah Dutkewych.  Monadnock will be making the trip this year and they have the duo of Delaney Swanson (2017 D3’s #2) and Sadie Lorenz. Not to be overlooked is Belmont stalwart Alice Riley, one of D3’s top performers her entire high school career. Expect her to take one last crack in her last official race on the Belmont course.

For the men, HB’s Corsetti will be looking to defend his title from last year and there’s no reason to think he won’t be able to as his season has been going well thus far.  John Stark’s Brandon Langdon is the next best returner in the field and look for him to challenge Corsetti along with Sanborn’s Dylan Khalil. Fresh off a top ten run at Coe Brown’s Black Bear Invitational is Mascenic’s Landen Vaillancourt along with teammates Logan Thibault, Connor Traffie and Dakota Somero, along with Kearsarge’s front men (Ben Bolton, Edward Stowell, Trevor Pauling) and Bow’s top guys (Kirpal Demian, Sam Berube) along with Winnisquam’s Kyle Mann and Hanover’s Jack Lynch to make the chase pack. This weekend, most teams in NH scatter to different invitationals (both in-state and out-of-state), clusters, and regional-type championships. Below is an expectation […]