Mya Dube of Kearsarge, Caroline Fischer of Bishop Guertin and Sophia Reynolds of Merrimack Valley.  These girls are not only the best in their divisions or best in the state, these girls are national caliber athletes. While Reynolds was nearly unbeatable last fall, Dube has been gaining confidence and coming off an incredible track season, she will have the confidence to make the push towards the top.  Fischer has been there before and knows what it takes to be the best (she was third overall

behind Jackie Gaughan and Leya Salis as a freshman!) It should be a wild ride throughout the season and some dynamic racing when any of these three race each other.

What will the 2019 version look like?  Don’t get me wrong, the Tribe will be good. The question will be how good.  With Forest and BD matriculating onto college, Eben, Ryan, Brayden, Dave and company will have to remake the Tribe in their image if they are going to be as successful as they have been in the past.  With a new coach and new top seven, we’ll have to wait and see. But don’t forget, after Jackie Gaughan went off the college, the Exeter girls won Meet of Champions.

How Good Will Coe-Brown Be?

It’s conceivable that the Coe-Brown boys, with the addition of freshman Aidan Cox, could assume the throne that the Tribe has inhabited for the past two years.  One of the best middle schoolers in country, Cox is only going to benefit from the additional mile as he moves up to the HS ranks and 5k distance. And the team he’s joining? Well Luke Tkaczyk,

Dawson Dubois, Wyatt Mackey and company put four in the top eight in D2 and graduated none of them.  With Cox, they have five guys who have run sub-10 (Tkaczyk ran 9:33!) in the 3200.  Whether he leads the team or simply joins a very good squad with great synergy, I expect the Bears to be challenging for that top NH spot down in south Nashua.

I don’t think Salem was truly on anyone’s radar in 2018. When I covered the Nashua North meet I remember commentating that I thought that Salem was winning coming off the bridge just over the two-mile mark but we’d have to wait and see at the finish line.  They did, and in the process took down some very pedigreed teams. A young squad, I look forward to watching their progress this season. For good or bad, they won’t be sneaking up on anyone this year.

Dylan didn’t run track for Sanborn this past spring, but we hear he’s back out for cross country.  Last spring he clocked a 4:31 in an all-comers meet in Massachussetts. He will be joined by his brother Jared another national class middle schooler (4:36 in the mile!), who is the only NH kid to defeat Aidan Cox. Add in Owen Stocker and you have a very strong top three that could catapult them up the very strong D2 ranks.

Both runners are fearless, with Jake seeming to have the upperhand on the grass.  But Curran’s no slouch, and he’s learning and getting better every race. Expect the two of them to be shoulder to shoulder with 1000 meters to go coming down the grass at Derryfield Park.

Being a D3 guy, I’m particularly interested the 2019 PCA girls.  In our division, three studs are gold. And with the PCA girls led by Liza Corso, and their recent pick up of Ella and Brianna Malone, they have two studs and likely one in the making.  If the Eagles support staff of Lily Kjendal, Olivia Vacarro and Faith Moll can step up, they could ascend all the way to the #1 spot.

My next thought is how good is Liza Corso going to be?  This girl is a true warrior and last year was a coming out party of sorts for her. Second in D3s, 17th at MOCs for cross, 2nd 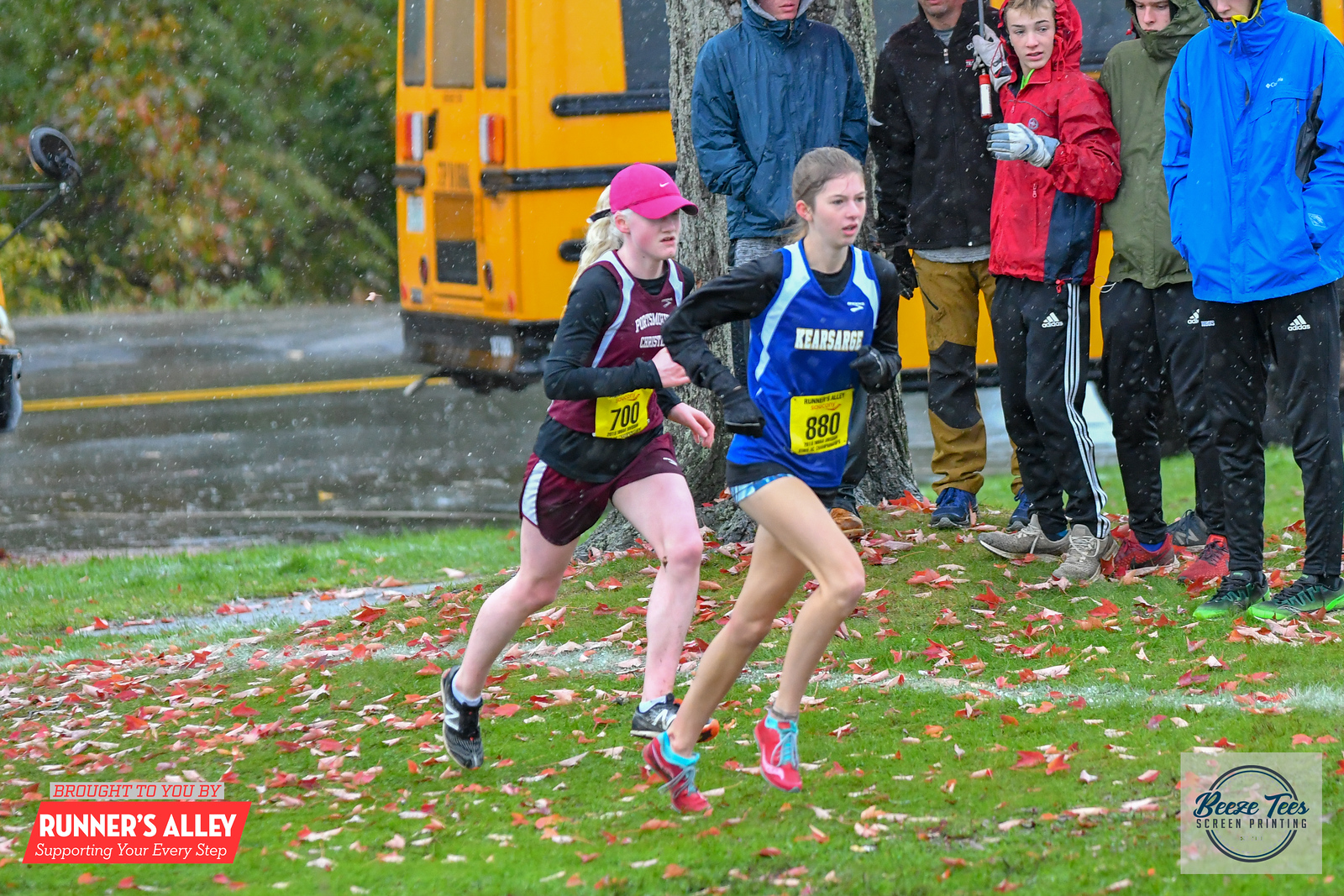 In a different situation is Belmont coach Scott Clark.  Starting from scratch, the question is how long will it take the Red Raiders to assemble a squad that can make its first to Meet of Champions and then to the top of the D3 heap and beyond. It should be noted that Clark guided three Sant Bani teams to New England berths at a school that had a population of 80 kids.  My guess is it won’t take long.

There could be a pretty good battle brewing at the top of the D1 team ranks on the boy’s side this year.  Concord is going to have to prove they are the team to beat in the division. Londonderry’s star seems to be on the rise. Led by junior Will Heenan and company and I expect them to be in full chase mode.  North will likely benefit by matriculation of the other teams more than most but Joe Curran, Yassine Jakib and company have

the wheels and experience to get it done as well. Keene would likely have won in most years last year, but returning Velazquez and Torin Kindopp they look poised to rattle some cages.  Pinkerton as NH’s largest school always is in it to win it, but graduation may have hurt the Astros the most. I think the biggest wild card will be Winnacunnet. Wild card probably isn’t the wording as Colin Donnelly, Jack Taylor and Noah Teracena are not unknown commodities. But their 4th place finish doesn’t reveal the roll they’re on and their potential.  My dark horse for the D1 crown.

I’m going to finish with the Fab freshmen from two years ago, last year’s Super sophs – Coe-Brown’s Luke Tkaczyk and Wyatt Mackey, Londonderry’s Will Heenan, Sanborn’s Dylan Khalil, Oyster River’s Andy O’Brien and Mascenic’s Landen Vaillancourt.  I don’t think anyone saw this coming out of the middle school ranks. With the exception of Heenan, the rest of the aforementioned athletes were good, but this good? Not only are these guys good, but their presence on their respective teams have made those around them better.  I can’t think of a better class to represent NH in

regard to work ethic, drive, determination and performance in recent history. I’m going to enjoy watching these guys perform for the next two years at the high school level and then beyond.

I’m sure I’ve left out some pretty good things to watch.  Obviously I’ll quite interested in whether the Mascenic boys squad can go three in a row, but that’s more on a personal level.  Hopefully this has jogged your memory banks as it has mine and you have your own top ten to keep you eyes on.  Feel free to comment below with additions to this list!

Best of luck to everyone mentioned here and everyone else getting ready to lace up for the 2019 season!