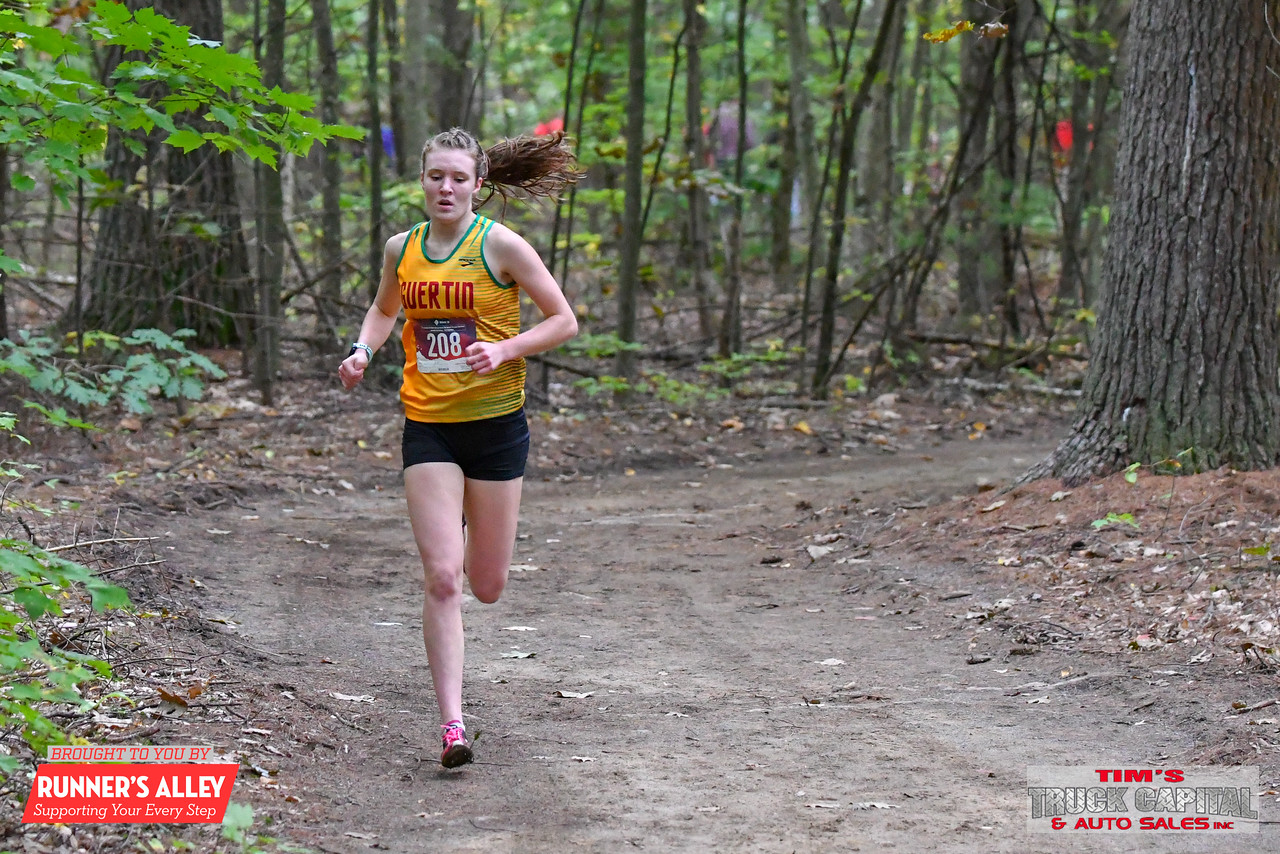 Editor’s Note: After one of the more trying years, wrestling with the unknown on a daily basis, and now on what seems to be the right medical path, we asked  BG’s Caroline Fischer to share her story for two major reasons.  The first being the hope that her story will help others battling chronic illness find the effective medical route while the other we did not tell Caroline.  We sincerely feel her and her family’s courage, perseverance, focus and determination is an example others can gain insipiration from.  So, thank you Caroline and family!

For the past few years my everyday life felt the effects of chronic Lyme disease. Since I never presented the classic flu-like illness or bullseye rash often associated with early Lyme, I only reached a true diagnosis two years after I first started started experiencing symptoms. What started as headaches, joint pain, dizziness and fatigue greatly escalated in a small time frame. My struggle with Lyme quickly became public when I started collapsing at the end or during races with no glaring reason. As it progressed, I also felt cognitive impairment/brain fog, vocal cord dysfunction, hearing loss, neuropathy, and frequent anxiety along with the symptoms during exercise. However, since my doctors could not piece the symptoms together, I was told there was simply nothing wrong.  So based on that, I kept racing hoping next time would be better.  I am writing this to not only help the next person fighting Lyme but to spread awareness of the reality behind chronic illness.

As of right now, I have a tough time watching my races from the majority of my sophomore and junior years without crying. Most of the time, I will quickly close the tab right before the “past me” collapses and try to distract myself with something else. I have been conditioned to feel ashamed and embarrassed over something I was unable to control instead of being amazed to finish a race that should’ve been nearly impossible with Lyme disease. When countless doctors and people did not believe that there was anything wrong, I developed an 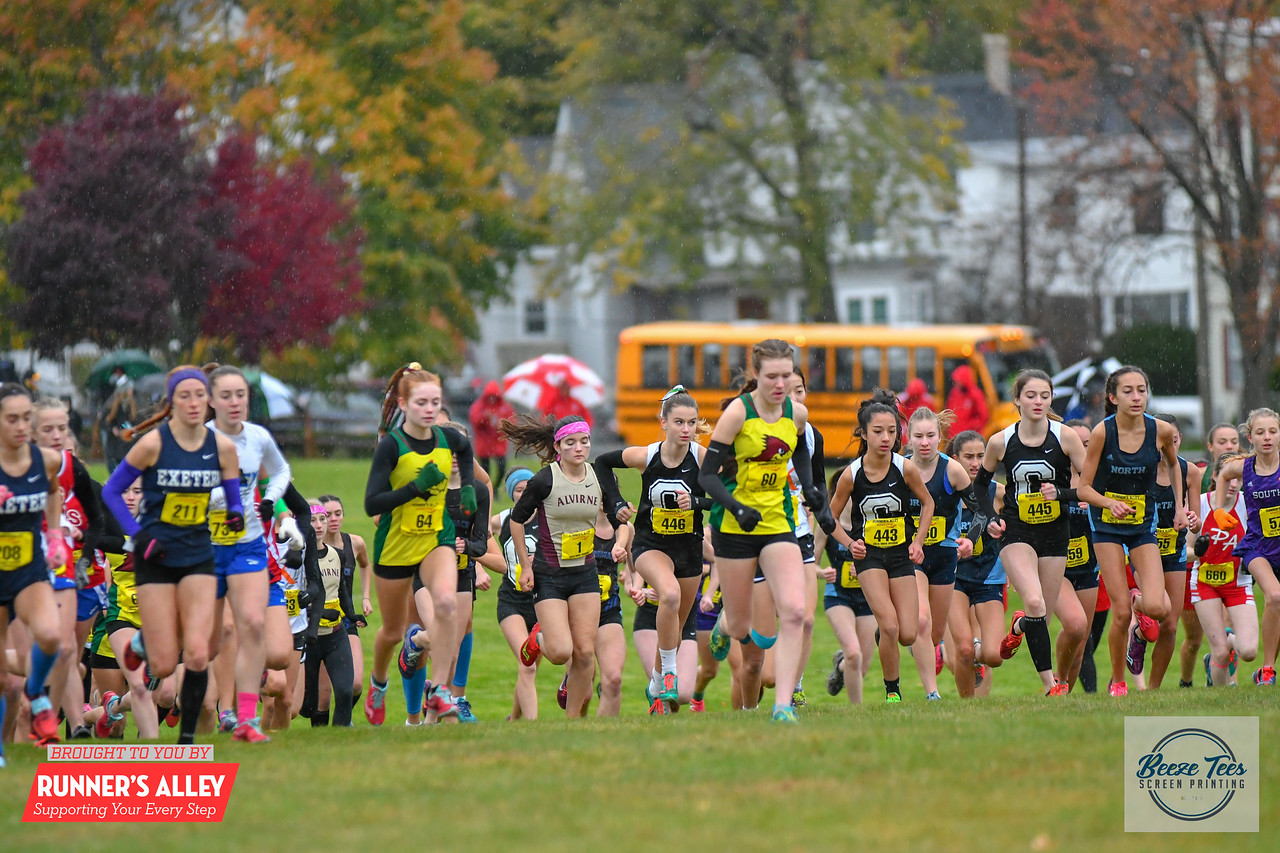 overwhelming sense of self-doubt that managed to creep into all aspects of my life. While I write this, I want to offer the next person struggling with chronic illness support, consolation, and hope: things I received very little of when I was sick. I want that person to be able to read my story and see that there is a light at the end of the tunnel.

During my sophomore cross country season, I suffered a near adductor insertion avulsion which put me out for six weeks. I got up at 4:30 am to bike and would pool run for an hour in the afternoons. While I was able to return to fitness very quickly, I also severely repressed my immune system, allowing the first symptoms of Lyme to show. In October of 2017 I began to experience sporadic and severe headaches which later progressed to a 24/7 dull one. After almost passing out after a few of my first races for indoor season, I was taken in for MRIs and multiple neurological tests – all coming back clean. We tried antidepressants, low blood pressure medication, and prednisone to make my headaches go away, but they never would.

My symptoms began to progress and by mid-January, I collapsed at a race for the first time. It set the standard with how racing with Lyme would feel. Focused and springy on the warm up and even for the first half of the race, and then the feeling hits. It is easy to tell the difference between a bad race feeling and symptoms. A bad race felt off from the start while Lyme

symptoms are a slap in the face of extreme fatigue and loss of feeling, and eventual control over my legs. I would start to get so tired that my eyes would force themselves close and I would run blind. I would try to will myself to keep moving forward, but sometimes my legs would give out before my brain could stop them.

Not knowing what was causing these symptoms, my mom brought me to see just about every specialist at Boston Children’s Hospital, who kept referring me to one of their colleagues. When my first ELISA test for Lyme antibodies came back negative, we tried to explore other possibilities. Eventually, I would receive diagnoses of vocal cord dysfunction, autonomic nervous system dysfunction, adrenal fatigue, overtraining syndrome, and neurocardiogenic syncope – all attempting to treat symptoms individually without looking at them as related.

Over the following summer, I would clock my highest mileage ever and was in the best shape of my life. I truly believed that with some time away from racing and school I would be better for cross country. Races started with just having to sit down at the end, but quickly worsened. My most haunting race would come a few weeks later at the Brown Invitational where I collapsed 100 meters from the finish and crawled the rest of the way. Afterwards, I was told by someone who had watched the finish that there was nothing actually wrong with me and I believe that comment was 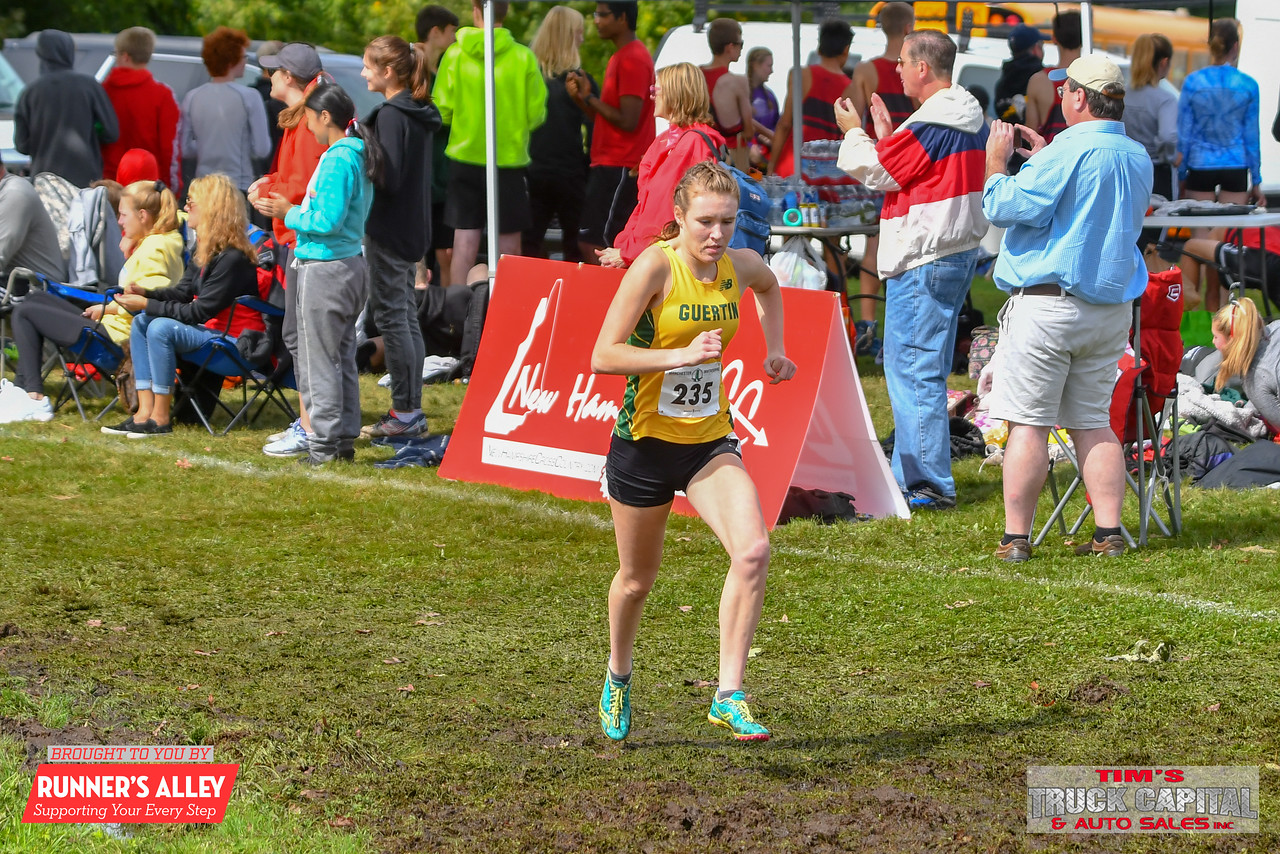 one that made me realize what people assumed without fully comprehending what we were dealing with.  The remarks from commentators and friends about my races culminated and I remember crying for days. I was mortified by my performances and didn’t understand that no matter how bad I wanted it, this wasn’t something I could will my body to do.

Around the same time, we would get blood test results for different hormone levels. They found that my cortisol (stress hormone) levels had bottomed out, instead of following a normal circadian rhythm. I had been fighting a chronic illness while trying to maintain a high performance level for so long and I was now shot of any energy reserves. I started focusing on getting my cortisol levels up which came back with mixed results. One week I would feel almost back to normal at New England’s, then two weeks later I would hit a tree at the Footlocker Northeast Regional and fail to finish. During the indoor season I would run a US #2 1k (at the time), then go blind and crawl 50 meters to the finish at The Hispanic Games to run a 6:02 mile.  This rollercoaster of races would not only get my hopes up that I had recovered, but also showed a persistent underlying problem that still needed attention.

I would finish my indoor season at states, what I think was maybe 50% better. I didn’t hit the track hard like I used to, but I also couldn’t finish a race normally. Because of this, we decided to pursue a diagnosis of Lyme disease again, but with an integrative medical approach. In March I would receive my first diagnosis in a 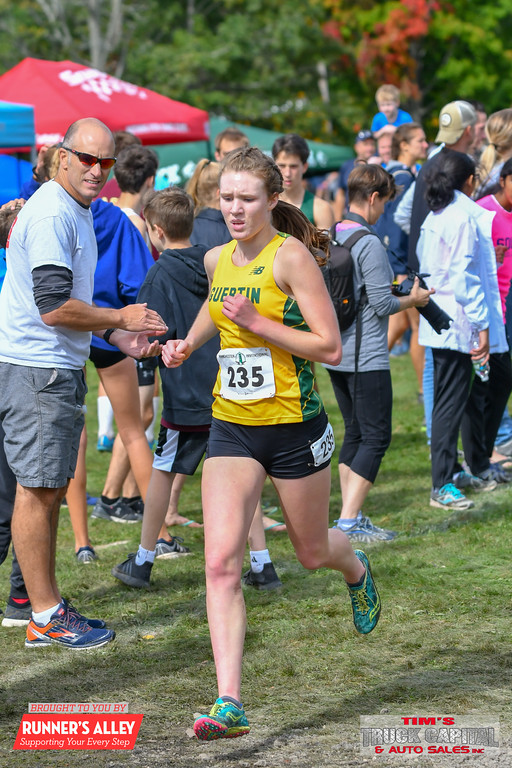 blood culture test. Much more accurate than the primarily offered tests (ELISA and the Western Blot), a sample of blood is analyzed for a clear view of the microbes and also involves a polymerase chain reaction (PCR) test to find the genetic material of the tick. Both aspects came back positive, confirming that the actual root of my collapse was Lyme.

While this diagnosis might have been a relief that we finally had an answer, it also brings up a harsh reality. The disease that I had been carrying for possibly years now infected my nervous system and might take just that long to get rid of it. Through my first round of antibiotics (doxycycline) it felt like a veil had been lifted. I finally could concentrate on school work and was actually able to use the information I studied on tests, where before I would constantly forget. My headaches became occasional instead of constant. The intense emotional changes and anxiety were greatly reduced and I felt more excited about life.

However, racing still didn’t feel the same. I didn’t collapse, but I did feel lethargic. I knew I wasn’t better, even though it was an improvement. In combination with antibiotics, we also tried integrative medical treatments. Infrared sauna, exercise with oxygen therapy, electromagnetic energy therapy, herbal supplements, and a gluten free diet are all protocols we are continuing to treat the infection. By the time of the Division 1 meet came, I was able to race (and win) three events in under two hours; something that would have been unthinkable just a month prior. Since the spring season, I have tried two more antibiotics and will be starting a round of IV antibiotics for the last three weeks of August.

I am very grateful to have had my mom advocate for me to the doctors. Insisting something was wrong, when I seemed to be in perfect health. Without her research and persistence, I would have stopped running a long time ago. However, not everyone that fights a chronic illness will have this unconditional support and I have never felt more alone than in the months where I was very sick. The stigma around Lyme disease’s diagnosis and treatments needs to be more understood and believed. In this sport, we like to see physical proof of things: splits during a race or steady improvement over time. If someone gets injured, we want proof in an MRI or an X-ray. Chronic Lyme disease is not like that. It will not always be external or obvious but it is there. I wrote this to not only help the next person fighting Lyme but to spread awareness of the reality behind chronic illness.

Editorial Note: The Fischer family is open to anyone who may need support and/or guidance during the diagnosing/treatment process..