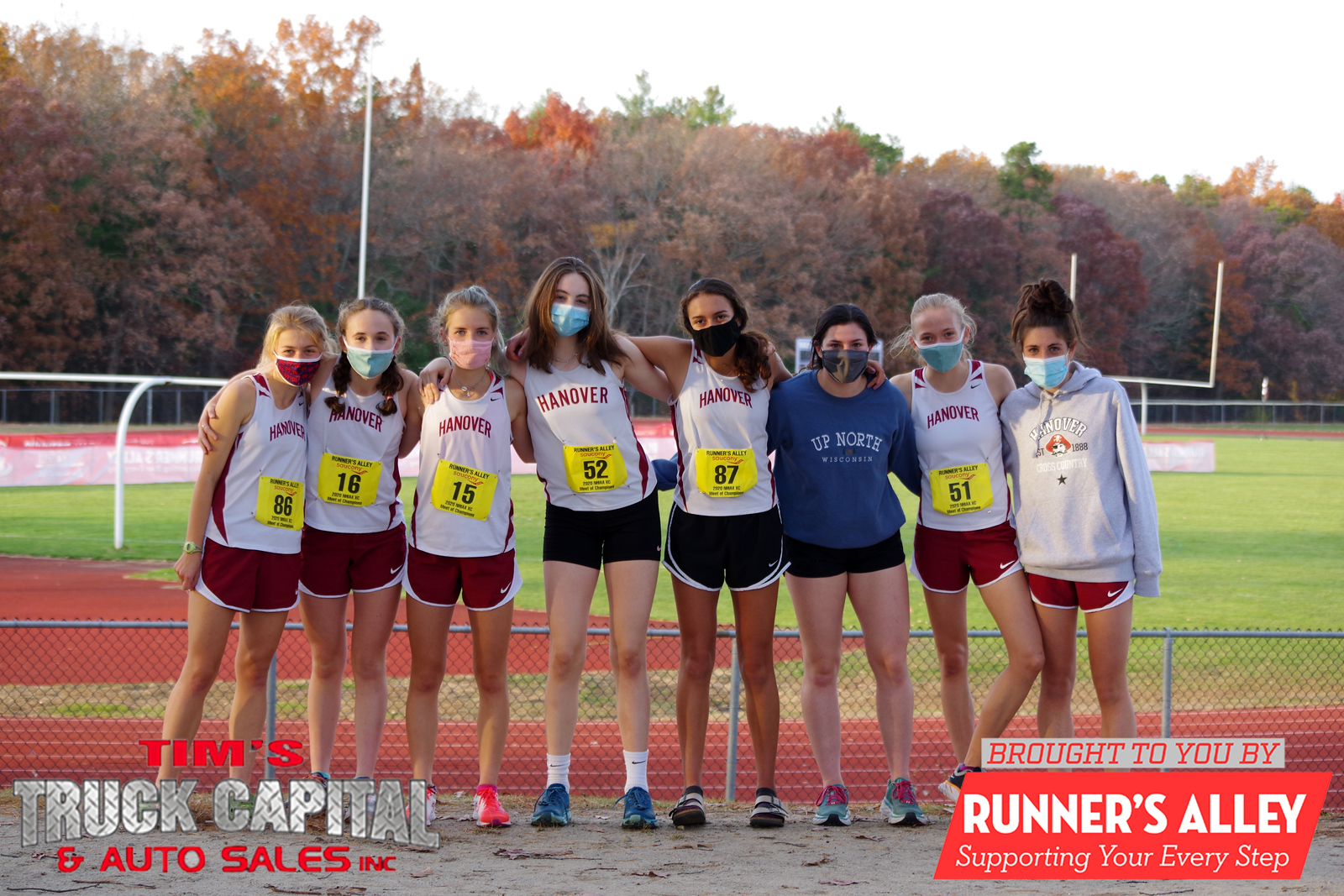 In what was the most unique of years, we still had enough information to select NH Teams of the Year!  Although this was a tougher decision due to a lack of a New England Championship meet, which often serves as a bit of a tie breaker, man we were given a gift of close competition on the girls side and also historical greatness for the boys.

Ladies first!  Congratulations to Hanover!  They improved steadily throughout the season, and even though they were D2 runner-ups, they won the largest race when all the best came together in one competition by 1 point over Exeter and 11 points over D2 Champs Coe-Brown at the MOCs.  Led by senior Riley Roach and Caroline Loescher, the Marauders only lost 2 meets the entire season and returned to the top of the Granite State in 2020.  Add in freshman Sarah Glueck, sophomores Lauren Eiler and Ann Rightmire, and juniors Charlotte Tagupa and Ella Goodney, and Hanover may be set up for a run of sorts over the next couple years.  Similar to when they were Team of the Year 5 consecutive times earlier this century.  For the sixth time in program history and first since 2008, Hanover is NH’s Girls Team of the Year!  Congratulations athletes and coach Eric Picconi! 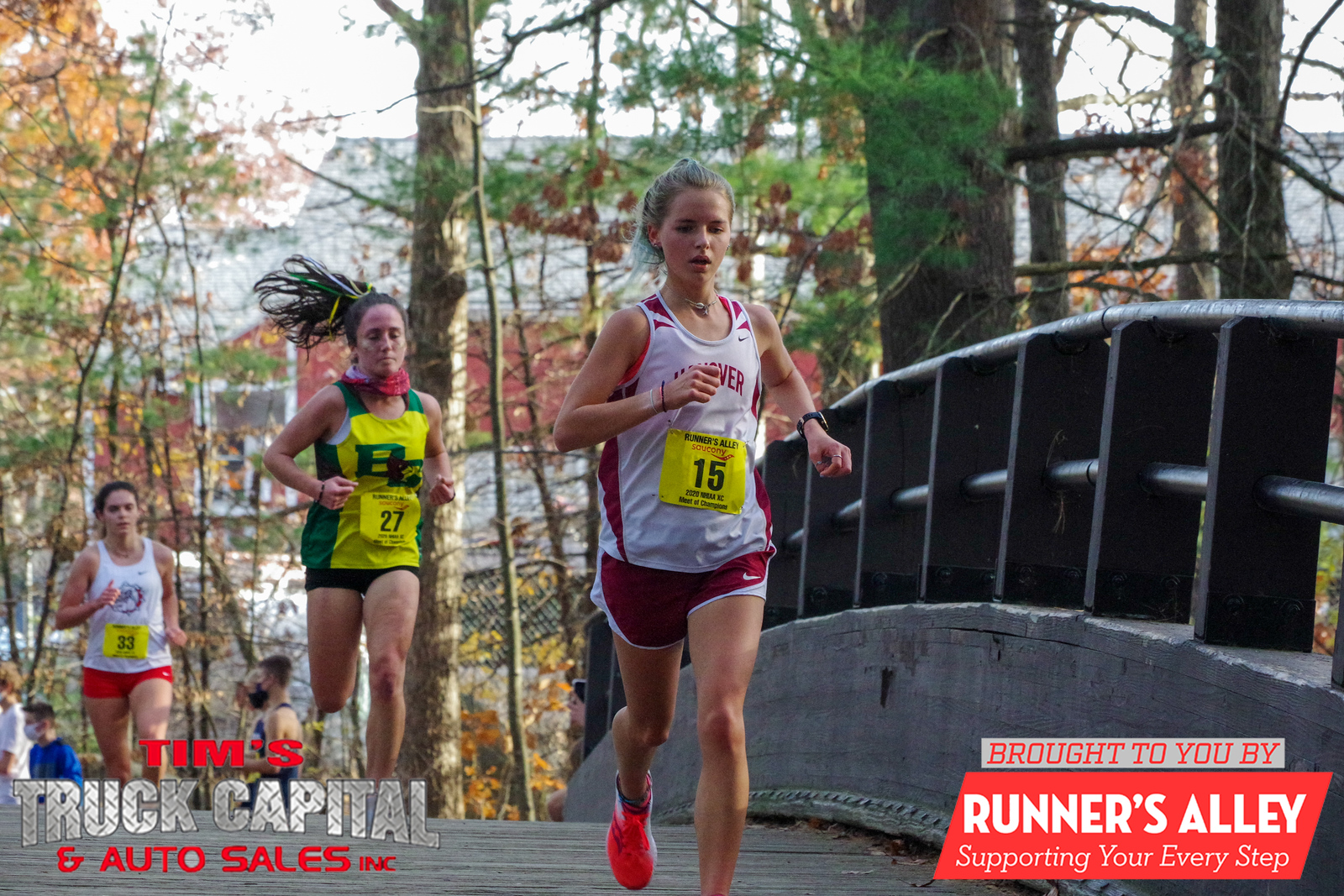 The 2020 Boys Team of the Year is no surprise as Coe-Brown has been ranked #1 since the preseason.  Matter of fact they have been the top ranked team in NH for 2 years now.  With this unique season, they never had an opportunity to win any large invitationals, or compete for a New England or NXR Northeast title.  However, they did drop a couple stats which helps them lay claim to be considered one of the best teams ever!   Of course they won everything, Divisions and Meet of Champions.  At Divisions, under questionable conditions, the Bears scored a scant 23 points by going 1-2 and placing 6 in the top 9.  Their average time was 16:00 and total cumulative time of 1:20:04.  No boys team has done better especially under the conditions the 2020 Division Championships were held under.

Moving onto the Meet of Champions, Coe-Brown was almost as stingy as they scored only 29 points by taking

Then consider the specific make-up of the 2020 Coe-Brown Bears.  They have 2 Division State Champions on the team as Luke Tkaczyk won in 2019 and of course Aidan Cox won this year.  Could they be the best 1-2 punch in NHCC history?  They have a unique character, which every team needs, in Carter Sylvester, who certainly would not be casted as a distance runner in any production, but simply improved every week and once again shocked many as to how fast he actually became.  4th at MOCs!  Then they have senior leaders like Wyatt Mackey and Logan Mihelich who have been running and winning with Luke since middle school.  Add in junior, most improved Lars Hogne and freshman Jamie Lano and the Bears will not be decimated by graduation.  And oh yeah, Cox broke 2 state records this season laying claim to one of the best ever in the history of NH. 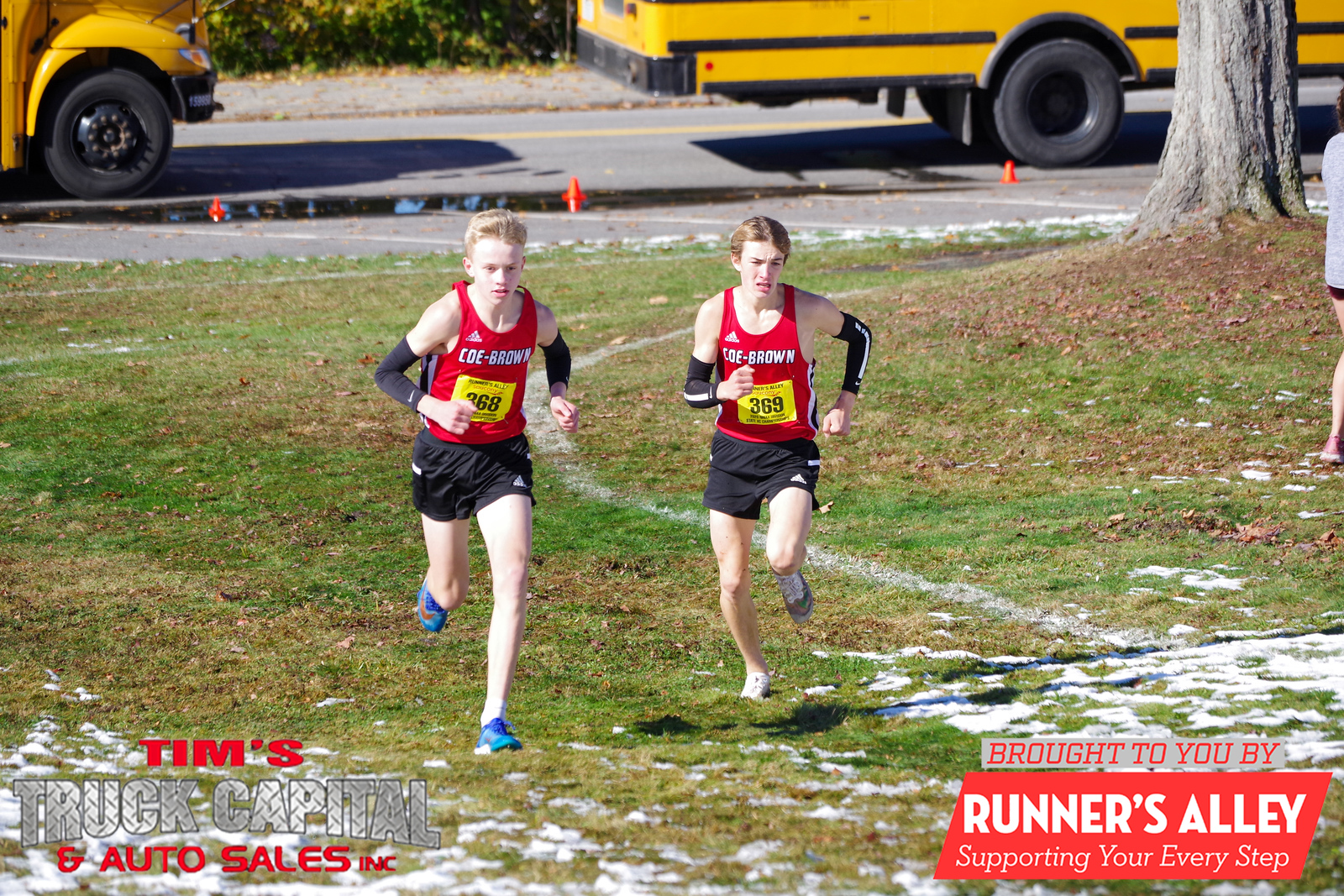 They are now ranked #8 in the entire nation!  Can you think of a better boys team from NH??

Congrats Teams of the Year!  Especially in the face of the uncertainty of a global pandemic, you made this season incredibly memorable for the level of running!!!