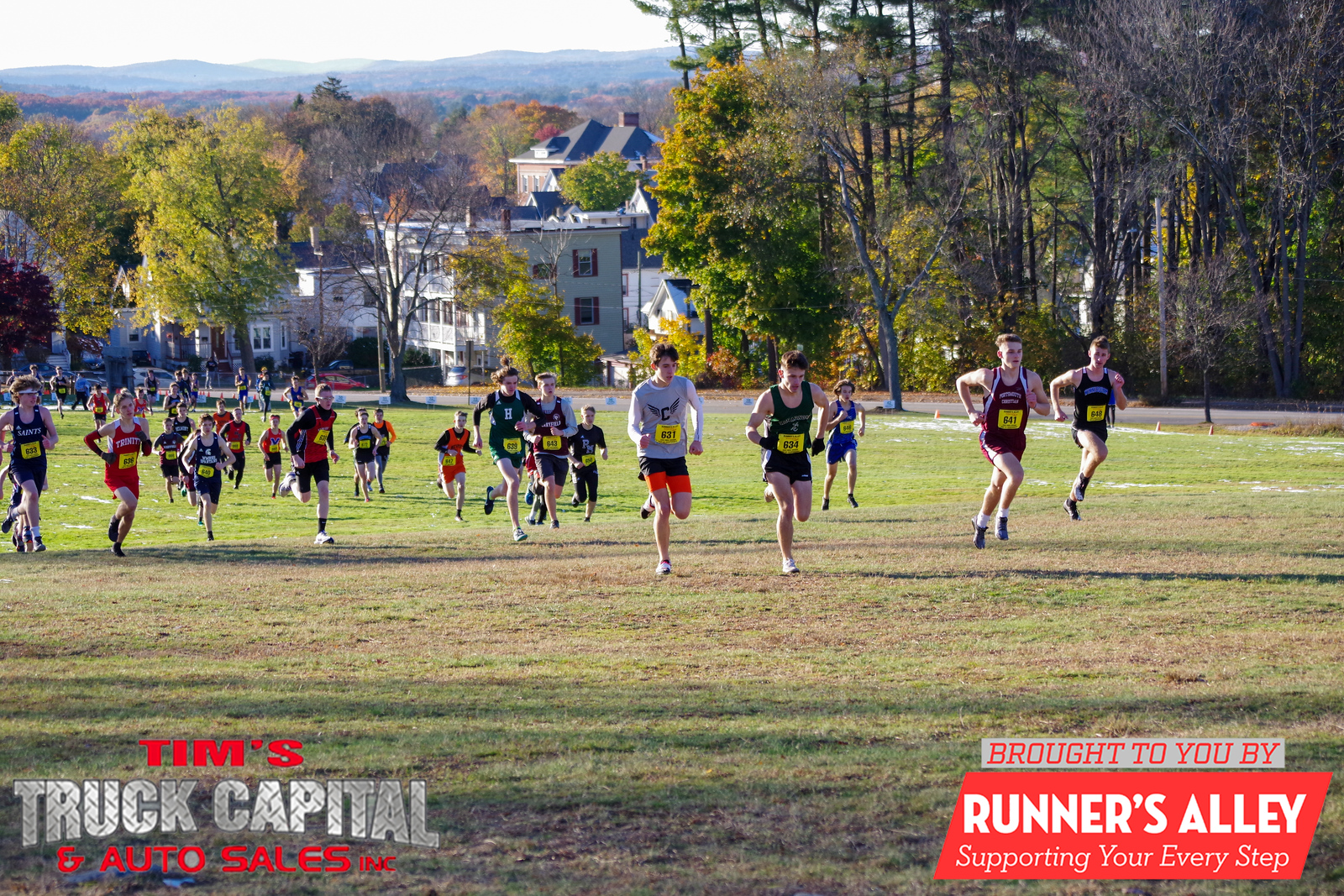 The other day when I was taping the interview with Monadnock’s Clint Joslyn, the Boys Coach of the Year, he mentioned how he was just happy to have gotten the season in and the boys D3 championship was simply an extra bonus.  As he was speaking, I was thinking about how in the days following the Divisional Championships, and then Meet of Champions, I had the same conversation with more than a handful of people.  And while it was my team Monadnock defeated to win D3s, I was quite sincere when I responded I was just happy we were able to get through the NH season in full.

This wasn’t an easy season to be an athlete, coach or fan of cross country.  We traveled to only two meets and hosted two as well, with two home meets canceled due to an upsurge in Covid cases.  As the season closed down, with championships having a no spectator policy in place and cases on the rise, taking some teams out of the end of the season, it certainly highlighted the frailty of our current situation.  Let’s face it, if we were competing now, there would be a lot less teams at the Divisional meets.

All the way around this was a hard season to bring to fruition.  We’ve never had to prepare for a season like this, putting school districts, school administration and

the NHIAA in positions they hadn’t been in before.  The easy thing would have been to cancel the season like many in the collegiate ranks did.

But we didn’t.  The NHIAA provided clear guidance to districts and the sports governing bodies and the various committees met to determine ways they could produce a safe product which school authorities and parents alike could feel comfortable the appropriate considerations were being implemented.  Being just on the outside of the committee, I know how much thought and consideration was put into developing a way to safely host the Divisional meets, the wave starts and the scheduling of the event to prevent divisional overlap.  Preparing for the Divisional meets is a lot of work as it is, never mind the changes made in the name of safety.  So hats off to the NHIAA and the cross committee for their time and effort to bring us a season.

As always New Hampshire produces a great product as far as championship racing goes.  Rick Berryman and the crew at Lancertiming do an excellent job under conventional conditions to bring us top notch timing, but considering the wave starts (seven waves in D3) and the need to produce results quickly to move timely 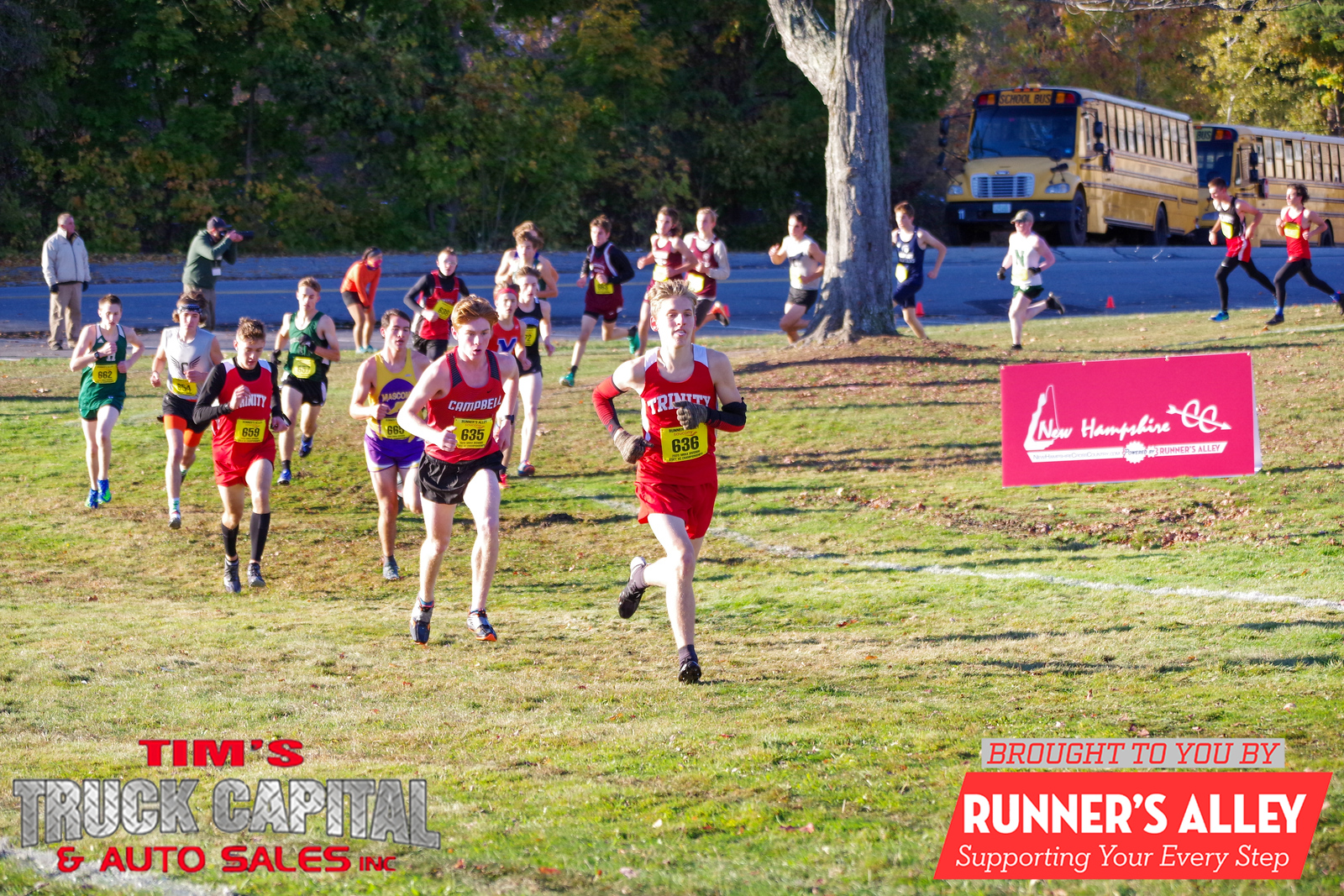 between Divisions, the Lancertiming crew was more than up to the task.

Along with managing the meet, let’s not forget the officials who stepped up and made sure the races were fair and official.  Many of the officials are among the age group increasing their susceptibility to Covid and yet they were out in full force.  It would be easy and in some cases appropriate to step back this year, but it seemed the opposite was true.  Those yellow jackets were visible around the course with those individuals obviously believing in the importance of the championships.

There is also the unseen unnamed crew of people that step up to do the grunt work needed to prepare for the races themselves.  I being among this crew were onsite in Manchester at 6am, under darkened skies and on frozen ground.  We had the job of setting up the finishing chute, an easier job this year without the flagging needed when hundreds of spectators are traversing the course.  The sub freezing temperatures “enhanced” the experience of sinking the stakes in the ground and the fresh snow made defining the course more difficult with the painted white lines not visible.  While I’ll leave those that helped unnamed, I do want to thank them for helping get things done.

And then the homies at NHCC.com.  Knowing there would be no spectators allowed at the meets, they went above and beyond to livestream the meet.  Being part 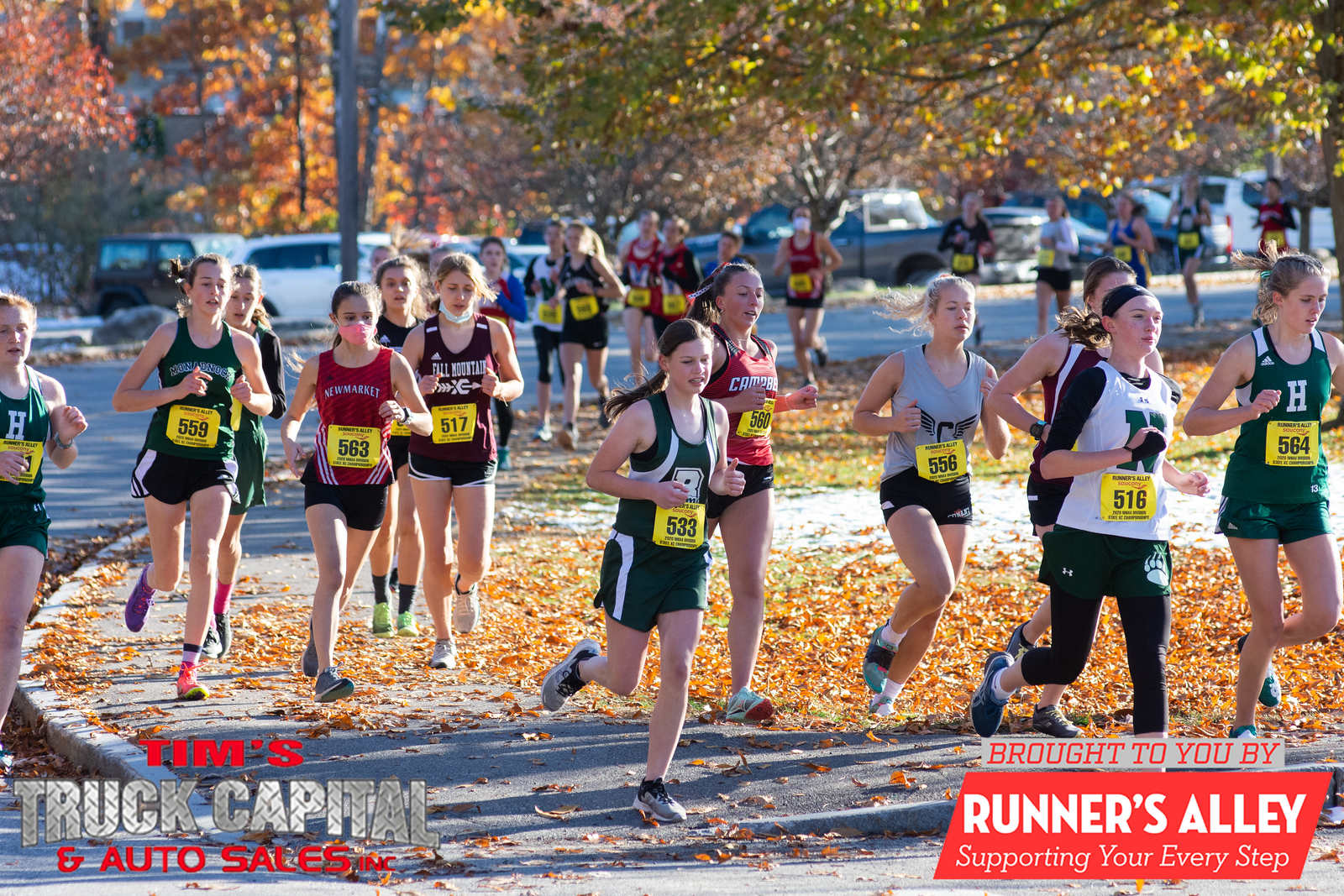 of this crew as well, I had a bird’s eye view (quite literally as I helped set up the high rise camera atop the press box that gave the almost 360 degree view of Derryfield Park) on how much work this was.  Greg Hall and crew not only overcame a number of difficulties in providing live coverage from a public park (like internet access) but having re-watched the races, created a fantastic package that actually allowed those watching to get a much better view of the racing.  Add in some of the best broadcasting in the sport with incredibly knowledgeable commentating, fans watching at home got a lot more than simply watching the runners race by.  All I can say is, I’m very proud to be associated with this crew and the fine work they do despite me.

And finally, thank you to the families that support our athletes.  Your athletes enjoy the benefits this sport brings because you support them in their efforts.  The Divisional Championships could have been a real mess, but pretty much everyone heeded the no spectator call, helping us insure we could host Meet of Champions.  Very much appreciated we were able to continue an additional week.

It’s possible and probable that I’ve left someone deserving thanks out there and if I did let me just let you know your efforts are appreciated.  This season certainly was a collective effort.

For a season that could have been dominated by WASN’Ts, I just want to say I appreciate those that made it a season of WASs.  Congratulations and thank you to those that make New Hampshire Cross Country happen.