Last year, the girl’s race was won by a very strong Hollis-Brookline team, with front running Emma Newton leading the charge and strong support from Megan Philpot, going 1 and 3 in the scoring. And with that the powerhouse Cavaliers won by 75 points over Kearsarge.  Losing your top two usually is not a good sign, but H-B, now being led by Sarah Crampton seems to be once again in the driver’s seat.  If there is to be a challenger to H-B, it will likely come from Merrimack Valley, who finished second last year and has an on-fire Kristie Schoffield, winner at this past weekend’s Manchester Invite, leading their pack.  After that it’s pretty open with the loss of many seniors across the board and a rebuilding program for many teams.

Individually, the top returner is Derryfield’s Casey Hecox, followed by Crampton of H-B. However, it would be a mistake to leave Schoffield out of the mix, or Jessica Schanlaber of White Mountains, who came off a great spring campaign and has been running well this season.  If the Gardner sisters of Fall Mountain run, they will be in the mix as well.

On the men’s side, last year’s winner Prospect Mountain has one of the top returners in Cody Symonds, who has been having a fantastic fall season thus far. However, the Timberwolves lost their top two and then some and would need more than luck to pull off the repeat.  The most likely challenger would be 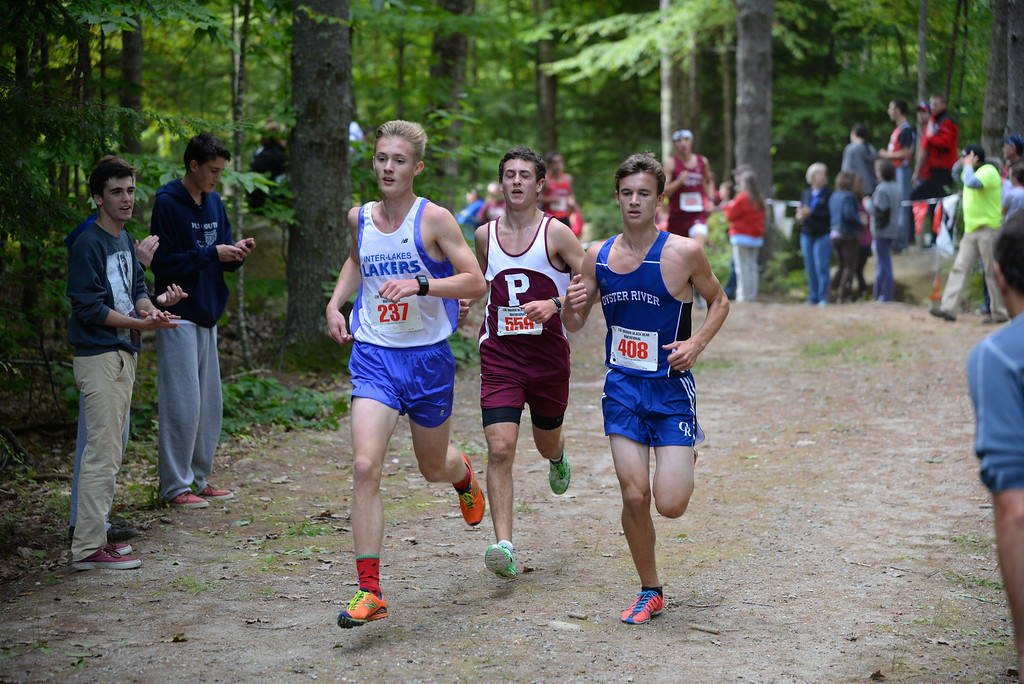 Mascenic, who have featured athlete Avery Traffie.  And with a much improved supporting cast would be hard to bet against.

Two other contenders stand to improve greatly on last year’s placing are InterLakes and Derryfield. The Lakers also have an impressive one-two punch in Cam Daly, last year’s winner and Trevor Colby, and if they can get some help in that all important fifth position they could make a run for the front.  Derryfield has been looking improved this season with the Richmond brothers and Patrck Finchhario leading the charge.  Hollis-Brookline lost some team members to graduation but is likely to reload and come on later in the season.  They may be ready to make the jump come Belmont as well.

Individually, look to InterLake’s Cam Daly to take the race out, with Ryan LaFrance of Gilford, Warren Bartlett of Bishop Brady, Cody Symonds of Prospect Mountain, Avery Traffie of Mascenic and Trevor Colby of InterLakes looking for chinks in the armor. The 38th Annual Capital Area Championships is set for Thursday at Merrimack Valley. With rain predicted, could the infamous “slip n’ slide” […]