Full admission: I, Mike Smith, write the preseason and pre-championship

previews for NH Cross Country for Division 3. In this preseason preview, I mentioned that we, Mascenic Regional High School, on paper have the strongest returning top three from last year’s Division 3 championship race. That admission is pure fact. It is also fact that we are going to have to work even harder this year to remain in that top spot and we intend to.

However, I would like to make a case that defending a State Championship is one of the hardest things to do. Let’s face it, no matter how good you are, the odds are stacked against you. In Division 3, there are more than 35 teams looking to be in that top spot, so the chances any one team does it two years in a row are quite low. Considering illness, injury, loss to graduation, and small turn outs in the smaller divisions, defending a title is not easy.

In 2005, I might have been considered the luckiest cross country coach in New Hampshire. Two brothers, a junior and freshman, who had already made names for themselves in their home state of Pennsylvania, were transferring to our district.

Prior to my taking the helm of the program, Mascenic was the perennial doormat of what is now Division 3 and we had worked our way up to knocking on the door of a Meet of Champions birth. With the addition of these two studs to our roster, we’d be challenging for the top of the state, not just D3.

And take them on we did. We finished first in D3 and third at 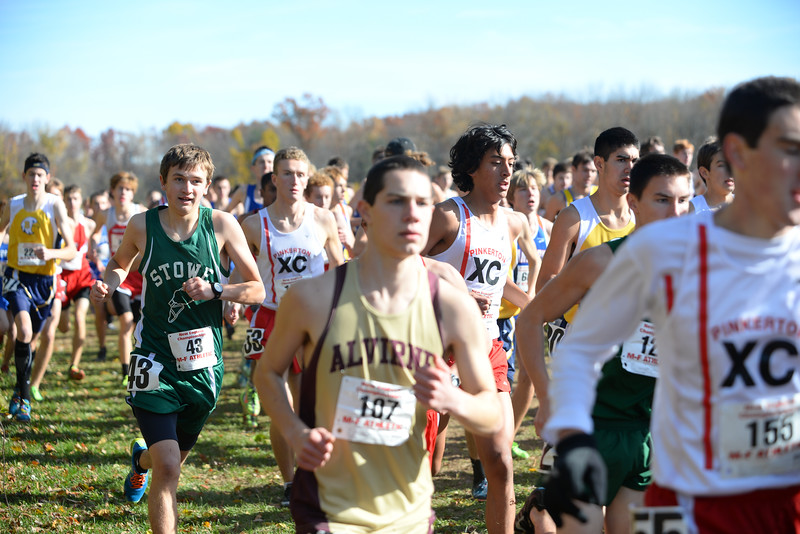 Meet of Champions, beating the likes of Pinkerton, a school with 10x the number of students we do.  It was pretty euphoric. We had no seniors on the squad to graduate and looked to be on the up and up. What could stop us?

Well, going into 2006, Marc Bloom of the Harrier, a newsletter that keeps tabs on the best HS team and individuals in the nation, ranked us #68th in the entire US without ever having talked to anyone in NH on whether we were legit or not. Had he asked me, I would have told him while we have our top 7 coming back, that’s all we have coming back. How we would produce in the 2006 season was about as easy to predict as consulting the Ouija board. And come the end of the summer, of the seven, I had two athletes that as they matured and life’s responsibilities started to show up, ran less than 50 miles since the end of track.

Starting high in the rankings while being low in the mileage column doesn’t do much for individual confidence. Prior to the season, they felt they were among the best in the state.  However, after the first meet we were all scratching our heads on what it would take to get us back to the top.

story short, we clawed our way back up to the top of the State, finishing 5th overall, earning our second trip to New Englands. At New Englands, we ran better than the year before, having learned how to overcome the odds and make up for opportunities missed. Over the length of the season we had learned what it takes to win, but it wasn’t easy. The year before we won just about everything in sight. The next year we lost more than we won.

That same year in 2006, in the monsoon that was the divisional championships, my women’s team became champions against the juggernaut known as Hopkinton. In fact, the Mascenic girls of 2006 broke up a run that would have seen the Hawks winning ten straight D3 championships. In 2005, I had finally assembled the requisite pieces of the puzzle regarding the women’s team and needed a year to get them to mature in order to make a run at the state title. Three proven veterans and two athletes ready to turn the corner. Hopkinton had won by 86 points the year before and it was considered at the beginning of the season to be a cakewalk. In the slop of a hurricane those girls toughed it out, Mascenic style, and won by three points.

The girls have never won again. Finding the pieces of the puzzle is a troubling task, especially at the Division 3 level. There are years getting enough kids out to cover the scoring five is tough. I ran with three athletes on the girls team this past season, and hope to have at least six for this coming season.

As for the coming year, I worry about the fact that we are the prohibitive favorite for the next ten weeks. Last year we had the advantage of sneaking up on the competition. We were only as good as 4th in 2013, so we weren’t the top seed going into the season. We knew we had made great strides and I made sure to tell the guys I felt they could get it done from day one. But this year, with our own expectations, what do we want to accomplish once the blush of 2014 has passed?   I know we need to make sure we cover the basics. I know we need to make sure we pay attention this spring and bring everyone up to “speed.” I know we need to pay attention that we don’t put those short term goals in front of the bigger picture; not to skimp on getting our distance in.  Not to obscure our intentions for the future.

Not to sit on our laurels.

Everyone in the division is going to want to unseat us. As they should.

If we weren’t listed in that top spot I would be aiming to knock us off too. Being the underdog has serious advantages. Much easier to be the predator than the prey. The pursuer and not the pursued.

How does Coe-Brown do it? How did Hanover do it before them? The pressure must be immense. Not sure I ever want to find that out. There is a definite burden of holding the #1 spot.

So for the BG girls and the Pinkerton boys, both squads from Coe-Brown, and the ladies from White Mountains, good luck. You’ve got 70 plus teams in hot pursuit. They all want to be the one and they’re gunning for you. Screw your collective heads on straight and do what you would have if you were in pursuit of a championship and let the chips fall where they may when the end of October comes around. Don’t spend too much time and energy figuring out how to stay on top. Focus on getting to that finish line in the best possible condition and the furthest up the finishing list you can.

Defending is by no means easy. The odds are stacked against you no matter how good you are. For us, with 35 other teams out there, the numbers just aren’t in your favor. One mistake, one hiccup can make the difference between all the glory and the sour taste of defeat.

But I wouldn’t want it any other way. Results for Saturday, September 10th are below!  If you do not see your meet listed that means it is time for you […]