Over last summer I wrote a piece for NHXC with regard

to the difficulty in defending a state title. This past Saturday, the crew from Coe-Brown and the boy’s team from Pinkerton did just that.  The ladies of BG, White Mountains, and my boys’ team from Mascenic didn’t.  So, first and foremost, congratulations to the Pinkerton and Monadnock girls teams for commanding wins in their races, and the Kearsarge boys for getting it done the hard way, along with this year’s repeat winners.

Twenty four hours removed from yesterday’s races, having extinguished the list of ‘what ifs’, I feel very strongly that repeating is harder than it might seem. 50% of the teams did not do it.  In our situation it came down to one single point, one person passing one other person and the outcome could have been different.  As one of my guys said, if they had run just five seconds faster it would have been different.

Running isn’t a static thing. You can’t simply look at your ability at a specific point and know that given a certain period of training you will achieve a certain goal.  Running is more dynamic than that.  It’s not exactly go with the flow but don’t underestimate how far you can get when you’re riding the crest of the wave.  In the end, we were done in by inexperience AND a very strong Kearsarge team.  They executed their plan perfectly and we missed our opportunity by the slimmest of margins.  We were in the driver’s seat for sure. 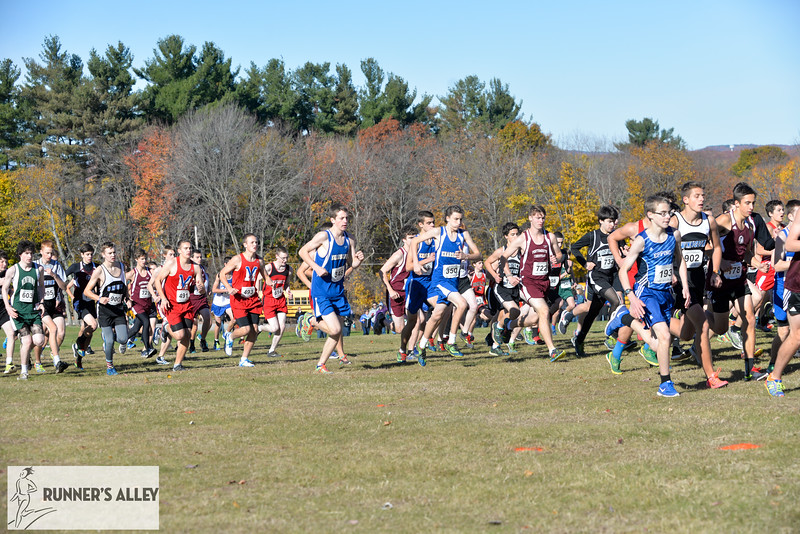 Thankfully for us, inexperience is an easy fix. I certainly can’t fault my guys for not running hard, they did that.  In some cases, too hard too early.  There’s a quote out there that says, “Good judgement comes from experience.  Experience comes from bad judgement.”  So in that respect we are headed in the right direction.  We know now what we need to do in order to contend.

And it won’t be easy. Kearsarge is young and loses 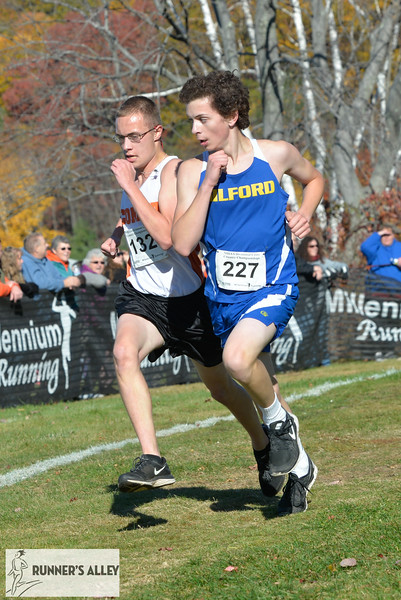 no one from their top seven.  Monadnock and Derryfield bring back strong rosters as well.  If we haven’t learned enough this season on what it means to be a strong competitive team we could easily find ourselves sliding further down the divisional rankings.

Next season at least we get to go back to the underdog role. Kearsarge will have to shoulder the responsibility and pressure to repeat.  And while they have the tools and know what it takes, the odds are still stacked against them.  24+ other teams will be looking for a way to end up number one.

And I know one team that has already started planning on how to do it. One thought on “Coach’s Corner: In Defense of Defending, Part 2”