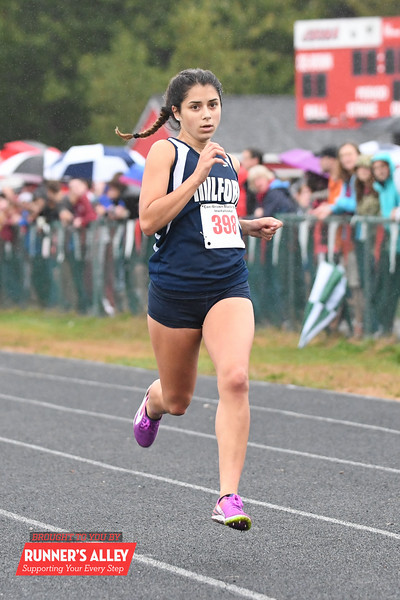 When I started track in 6th grade, I did hurdles and I never thought i would have ran distance. Honestly, I did not really know what to expect. I did it because it was that or softball and softball did not have enough movement for me. My first full actual year of running, XC, Indoors, and Outdoors was my junior year. Freshman year I did basketball instead of indoors and I always played volleyball.  I stopped volleyball my junior year. Sophomore year, I did both volleyball and cross country, but i just showed up to some of the meets. I think i did Derryfield twice and MOCs sophomore year and that’s it. So i do not really count that as a season, seeing I did not practice.

Briefly describe the experience as a member of your team/program.  Give an example of some of the “fun” stuff your team does together.

I would describe Milford cross country program as a group of girls who come together to have a good time. We train to compete, but at the same time it doesn’t matter if we win or lose as long as we are a team.  We just want everyone to succeed and be the best they can be.  If you had a PR and put it all out there, that’s all that matters. Milford’s cross team LOVES to wear Crocs, i was a little held back at first, but i learned to embrace the Crocs.  Ha ha you know it’s Milford when you see the colorful Crocs on everyone’s feet.

My coach, Mike Wright is like my second dad. I don’t know what else to say. It depends on the race to how he motivates me. He is there for support and to push me.  Simply dealing with my race moods motivates me. Just his support he gives!

I just run. I don’t know what to expect or think, so i just go out and run and see what happens at the end. I guess you could say being done! Ha Ha!

I love two hundred repeats with a small jog in between or barely any rest.

What is your go-to pre race meal?

I don’t have a go to. It depends on how I’m feeling. It usually will have to have some type of meat in it and carbs!

Do you have a favorite pre race song?

I have a lot! I’ll listen to a group of songs, but the famous one that my team knows is “Under the Sea” and “Part of Your World”. I don’t like the movie, but those songs are just so random. They make you forget about the race, calm down and just think, “Why am I listening to a song about fish?”

This is a hard question to answer, I would over think! 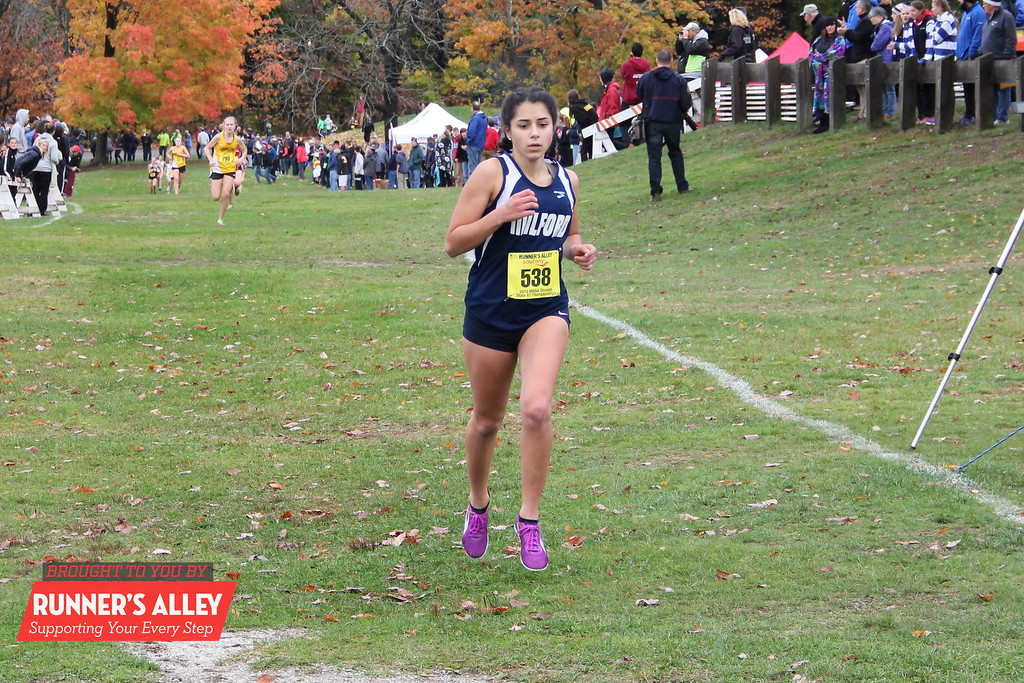 That’s a hard question to answer, because after this year my life will really start to begin. I would like to be a dentist, so working at a practice somewhere, or maybe still in college, if i want to further my knowledge and become a doctor. Coaches!   Want a great way to ensure your team is in the proper shoes fit by a professional?  Want to give […]