This Saturday is truly when it all starts!  Ranked teams are running head-to-head between 2 large invitationals and one of them is the Nashua North Invite.  The boys race features 5 ranked teams while the girls race has 2, but with several teams which have the potential to be ranked in the coming weeks.

Favored in the boys race has to be Concord (NH-1).  By going head-to-head with several ranked teams, the Crimson Tide should further cement their claim as the top team in the Granite State.  Last week, the Crimson Tide simply put on a clinic by having seven boys under 17 minutes at the Cofrin Classic.  Currently they have the perfect balance of experience (4 seniors) and talent.  Forest MacKenzie as their front runner looked well in control as he sped to a 16:16 on the flat trails and fields of NHTI last week.  With only 22 seconds separating their number 2 through 7, the Crimson Tide look unbeatable right now. 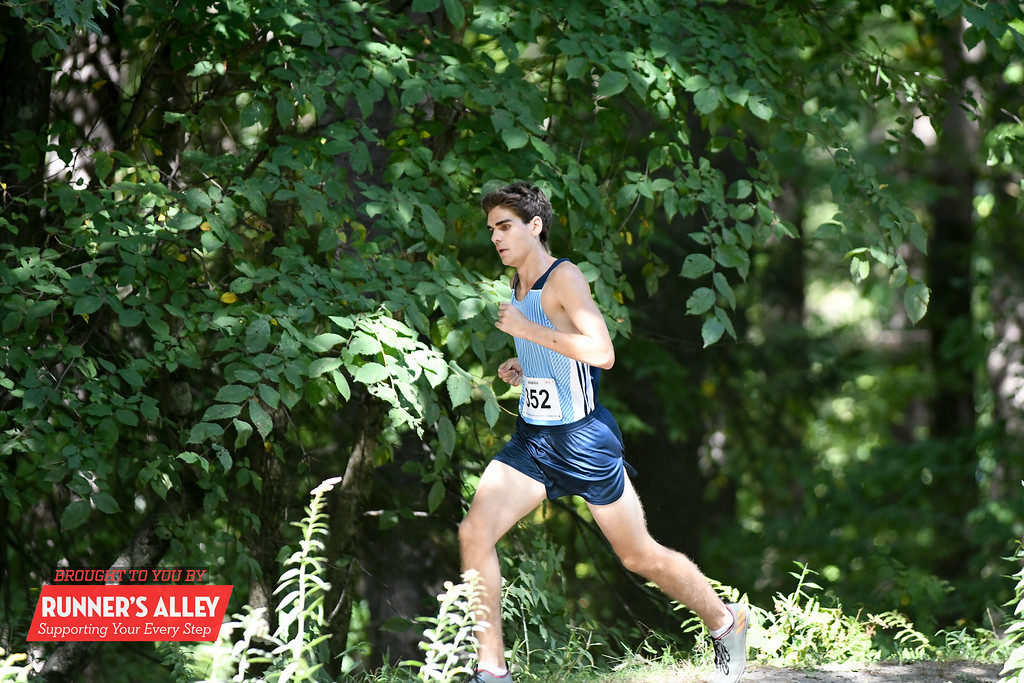 With that said, Division 1 is stocked this year with teams with great potential like Pinkerton (NH-4), Nashua North (NH-5), Londonderry (NH-6), and Alvirne (NH-7).  With this season being so young, most of these teams have yet to race a full squad, all-out, on an accurate course making them rather tough to gauge.  With the storied tradition that is Pinkerton along with their strong JV squads, expect them to make some noise tomorrow.  Nashua North has the front runners in track stud David Vorbach as well as Max Ireland.  Look for their full squad to be at full competition mode tomorrow.  Londonderry is super young, but super talented and deep. While we may be looking at the future of Division 1 and a return to the top for the Lancers in a couple years, young teams have a tendency to surprise here and there!  As a ranked team with a great coaching staff, one cannot overlook Alvirne, who is always solid either.

Individually, we should be in for a show of sorts with Vorbach most likely pressing the pace early on his home course.  Look for MacKenzie to bide his time and to strike over the second half of the race if he is within striking distance.

On the girls’ side, we have 2 ranked teams in Pinkerton (NH-1) and Merrimack (NH-5), which over recent years seem to finish the

season much better than how they start.  Look for these 2, which are also ‘Honorable Mention’ in the Northeast Preseason Rankings, to battle for NH supremacy tomorrow.  Both these squads return most of their 2016 teams and have looked strong thus far with special note to Merrimack, which looked especially strong at last weekend’s Saber Relays.  Pinkerton’s returning runners have looked typically fast, and we are still waiting the season debut of Brittany Johnson.

Crashing the party this year will be Vermont’s #1 Champlain Valley which is also ranked 5th in the Northeast region.  Always strong and deep, expect Champlain Valley to either win or be right in the thick of it!!!  In turn, this presents a great opportunity for Pinkerton and Merrimack to challenge a Northeast ranked school early in the season before next week’s Manchester Invite.

Individually, expect West’s Julia Robitaille to take the lead early, and then a pack of red with Champlain Valley and Pinkerton chasing. Within that pack should be Nashua South freshman Calli Coffin, fresh off her win at Great Glen last weekend, and Kalin Gregoire of Londonderry. Selfless Endeavors By Anna Bentley Fall. Everything within this period sparks imagination and memories. It’s hard to convey the feelings of the […] JV States Meet Hub PICS Results Race Videos and Interviews below! The Championship season kicked off in fine fashion as the D2/D3 […]