With the air smelling of freshly fallen leaves, and to us runners, cross country season, the championship season has officially arrived. For most runners in the central part of  the state, the Capital Area Cross Country Championships starts that season. For the 6th straight year and 14th overall of the meet’s 41 year history, it will be held on the trails at Merrimack Valley High School in Penacook. The meet is unique in that not only do all three divisions compete, but also several private schools, including the boys team from

Proctor Academy of Andover for the first time ever. The races kick off at 3:30 on Thursday with a combined JV race, followed at 4:15 with the boys varsity, and wrapping up with the girls varsity at 4:45.

On the boys’s side, Concord, after falling to St. Paul’s by one point two years in a row, exacted revenge last year by scoring an almost-perfect 16 points. Coming in as an even stronger team in 2017 and ranked as NH’s #1 team all year, Concord is the easy favorite to repeat. Kearsarge is also in the state rankings at #10, and should repeat as runners-up. The dark horse this year is Proctor Academy, who are currently enjoying an undefeated season. It’s difficult to judge just how good they are as results are hard to come by, but that is what makes this meet so intriguing. The ever-present St. Paul’s team will certainly compete for a top-three position, while host Merrimack Valley could sneak onto the podium with a good run. 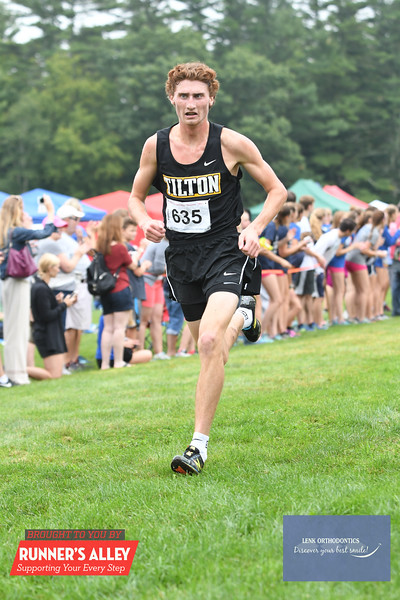 Individually, the competition should be outstanding, with 2016’s 2nd through 10th runners all returning. Junior Forest MacKenzie, second last year, has been having a stellar season most recently placing as runner-up at the Brown Invitational. He’ll have to work for the win, however, as Merrimack Valley’s David Reynolds has been enjoying his own stellar season, most recently winning the Plymouth Invitational. Not to be overlooked are Forest’s Concord teammates, Eli Boesch-Dining (5th at Brown) and Oliver Spencer. Each has their own shot of a minor upset. The front pack should also consist of a few other Concord runners (Ryan Devine, Matthew O’Brien, Nate Nichols), Brandon Langdon of John Stark, and Mason Benedict of Kearsarge. St. Paul’s top two of Ben Spiro and Ben Leach should be near the front, while Tilton’s Patrick Guinee should actually be right up with the leaders. Patrick is undefeated in league action, his only loss coming to Reynolds of MV at the Bobcat Invitational, where he placed third.

On the girls side of things, the prediction crystal gets a bit more blurry. With no state-ranked teams in the mix, Concord, by virtue of depth, the state merge of Manchester results, and their recent 11th place finish at the Maine Festival of Champions look to be the favorite to take home their 6th straight title. Hopkinton and Kearsarge battled it out at 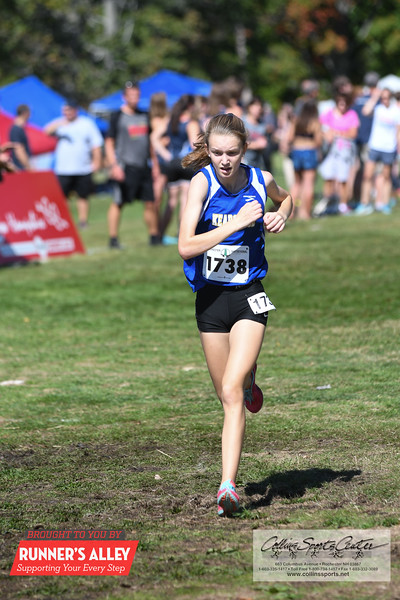 Belmont with Hopkinton coming out on top. They look to battle it out again for second place on Thursday. Belmont, MV, and Bow look to be the best of the rest, with Belmont having the slight advantage due to their placing versus Bow at Belmont.

Individually it looks to be a very interesting race, with three of DIII’s top girls giving a preview of next Saturday. Kearsarge’s Mya Dube, only 20th a year ago, has been ripping up courses recently, with wins at the CVC’s and Belmont. Maya Weil-Cooley of Inter-Lakes beat Dube at Newfound a month ago however, and recently had a solid run at Thetford. And then there’s Alice Riley of Belmont, defending DIII champion, who can certainly not be counted out. Adding even more intrigue, none of them are the top returning finisher; that distinction goes to Maddie Clark of Tilton, second a year ago. Interesting fact of the day, this is Maddie’s 4th Capital Area meet, even though she didn’t race in 2015. No doubt she’d like to go out on top! Besides these four, the sophomore duo of Sydney Stockwell and Emma Rothe from Hopkinton look to be in the mix, along with Molly Bragg of Concord, Sara Clotti of Bow, and Jenna Bears of Kearsarge.

NewHampshireCrossCountry.com Shirts will be available!