Well its here!  Thanksgiving weekend!!!  Nike Cross and Footlocker Northeast Regionals are Saturday!  Who has the best shot at punching a ticket to a National Championship???  Last year, NH flexed its ‘per capita’ muscle as West’s Julia Robitaille won the Nike Cross Country Regional and Exeter’s Jackie Gaughan qualified for Footl

For those that do not know the difference, Footlocker is the older sibling for individuals, no teams, and the top 10 finishers qualify for a trip to the national championship in San Diego, California.  Nike Cross Nationals, NXN, was created to crown a National Team Champion.  The top 2 teams in each region automatically qualify for the trip to the national championships in Portland, Oregon, but as Hanover showed us in 2007 and Coe-Brown showed in 2013, 4 teams across the country can nab an at-large bid to the meet as well.  Last year, Souhegan girls became the third NH program to qualify for a trip to Oregon.  Individuals can also qualify from each region by placing in the top 5 individuals who are not on a qualifying team, as Bishop Guertin’s Caroline Fischer demonstrated in 2016, Coe-Brown’s Liz Danis did in 2015 and Oyster River’s Maegan Doody did in 2014.

On the time schedules for Saturday, it looks like Footlocker Northeast will be up first on the famed Van Cortlandt Park in the Bronx, NY.  The interest will certainly be on MV’s Sophie Reynolds as she enters her first regional contest of her young career. Joining her in the Bronx will be All-New England team’s BG’s Caroline Fischer.  On the boys side, Keene’s Jake Velasquez could make his presence felt within a very competitive field.  Look for Mascenic’s sophomore Landen Vaillancourt who has been on absolute postseason tear this year!  MV’s David Reynolds  and Exeter’s senior Jacob Winslow could also be entered, but we have not seen a full listing of entries by the time we have posted this.  If you know of who else may be racing, ple

This year, 5 full NH teams and several individuals are making the trip to Nike Cross Northeast Regional in Wappinger’s Falls, NY where the historical Bowdoin Park runs quite similar to 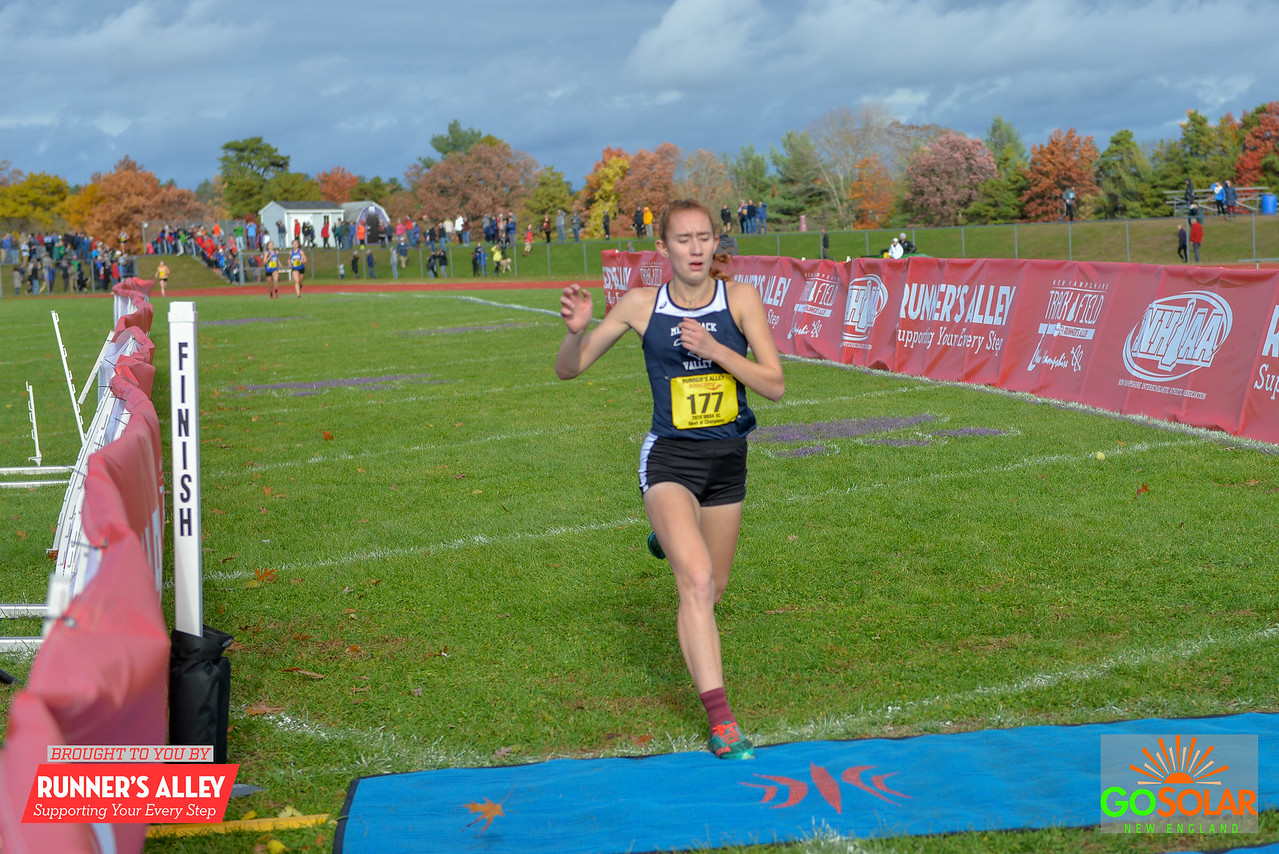 Derryfield.  For the girls NH #1 Coe-Brown (Black Bear)and #4 Souhegan (Saber Running Club) also return.  Both teams have become perennial participants, but seem to be on the in-between-years as their futures look bright.  Both programs have the experience of qualifying and competing in Oregon.  This experience and confidence could certainly prove fruitful in future years as New England teams seem to perform well here.  Look for New England Champ Champlain Valley Union, VT to qualify as they are healthy and specifically trained for courses like Bowdoin Park (see Thetford Academy and Derryfield). Good luck to our friends from the Green Mountain State!

For the third consecutive year, Concord (NH #1)boys are entered in the boys race as the The Tribe XC Club.  They will be facing an uphill battle, but as always, will fight over the entire course.  Like the girls, the other boys teams seem to be a year or two away as both the Coe-Brown (NH#3 – Black Bear) and Londonderry (NH#7 – Appletown) boys are very young but talented.

Individually, look for NH State Champ Forest MacKenzie as having a legitimate shot to qualify for Portland.  His knack of designing a race plan to fit his strengths is uncanny.  Expect the UNH-commit to make his presence felt at some point during the race on Saturday. Campbell’s Jeffrey Allen will join the fray along with the Coe-Brown crew and of course Eli Boesch Dining.  Looking to the girls,All-New England Kearsarge’s Mya Dube to lead the NH individual contingent.  Although listed on entries, the Robitaille sisters are not going to compete this weekend.  O With Season Previews on the way and races not that far off, NHCC is getting excited for this upcoming season!  It is […]

3 thoughts on “2018 Northeast Regionals! What to Watch For!”