With the best weather seen in recent history, the Jamie Martin Sanborn Invitational produced some pretty fast times with racers taking advantage of the cooler than normal conditions.

In the girls race, Mya Dube and the Kearsarge girls wasted no time getting the season rolling, utilizing the flat greenway that is the Kinston Common to “get up to speed.”  At the end of the green, Dube held a commanding lead, followed by a pack of Kearsarge runners, along with Milford’s Abby Halloran, Hollis-Brookline’s Amy Pattelena, Mascenic’s Quinn Aldrich, and Cassie Hemming of Campbell and company.

Dube was way out front by the mile with the chase group changing leads as they headed out to the road loop before retracting their steps back across the common to the finish line.  By the two mile Dube’s lead had shrunk, not because the chase pack was catching her but because she made a course mistake adding distance onto her race. She would extend the rest of the way to the line, winning in 19:36.  Behind her, Hemming and Lil Baers of 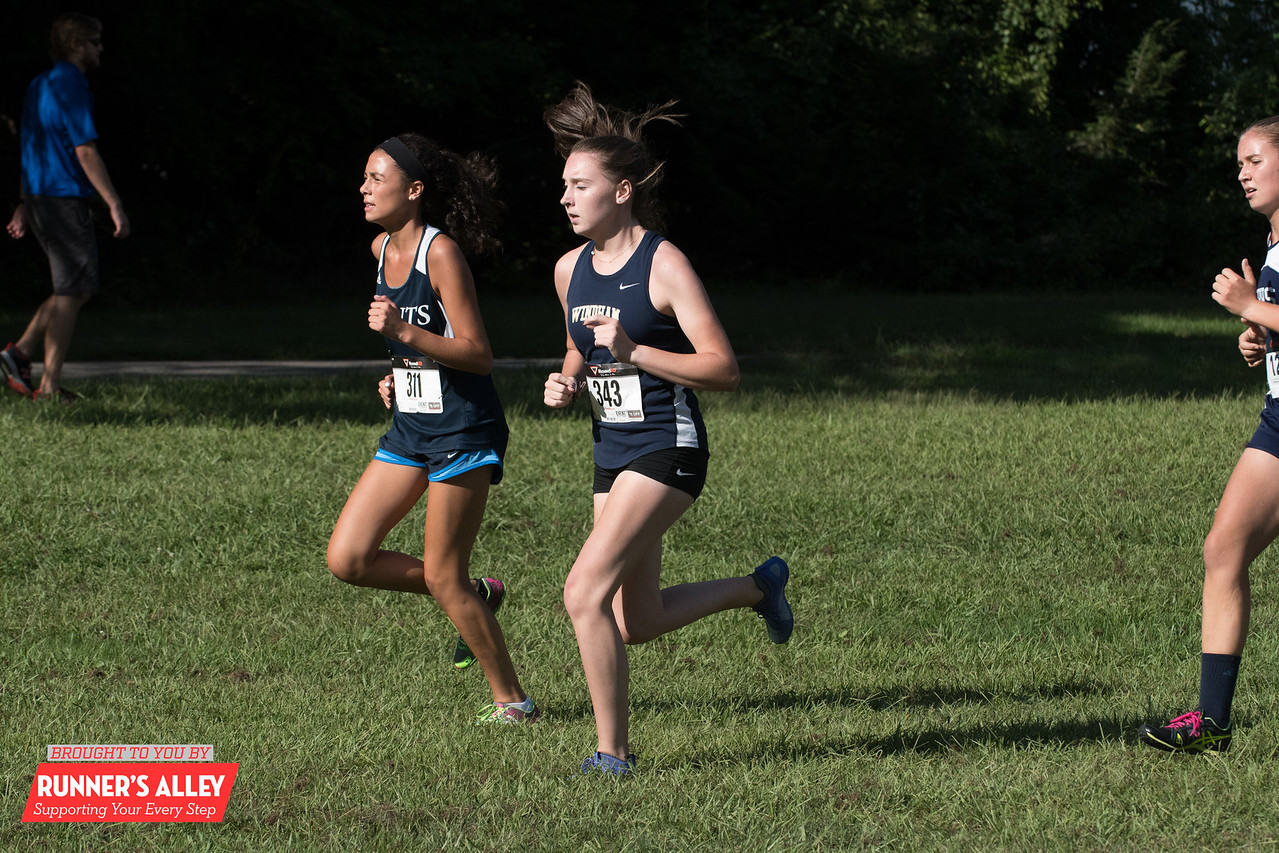 Kearsarge pushed each other all the way to the line with Baers eeking out the runner up spot, both credited with 20:02. Halloran would follow next, with Jenna Bears of Kearsarge finishing in fifth, giving Kearsarge three in the top five.  Aldrich would follow in sixth, with Pattelena, Megan Whitnell of Campbell, Abby Hughes of Windham and Brianna Langdon of John Stark rounding out the top ten.

In the girls team race Kearsarge dominated, led by their top three in the top five and with four in the top twenty, scoring 63 points.  Campbell would follow, with three in the top twenty, finishing with 97 points. The surprise third place went to the Mascenic girls, scoring 111 points, using the summer to make inroads in the D3 ranks.  St. Thomas would be fourth with 120 points and John Stark would round out the top five with 123 points.

The boys race would start out a little different with about a dozen guys at the front at the end of the 600+ meters common.  Windham’s Rohan Rai led with Mascenic’s Landen Vaillancourt, Sanborn’s Dylan and Jared Khalil, Milford’s Caleb Korthals, Campbell’s Tyler and Trevor Scopelites and Matt Dion in contact and in tow.  By the mile, older brother Dylan had taken the lead with Vaillancourt lurking and Jared on their heels while the chase pack began to disintegrate behind them. 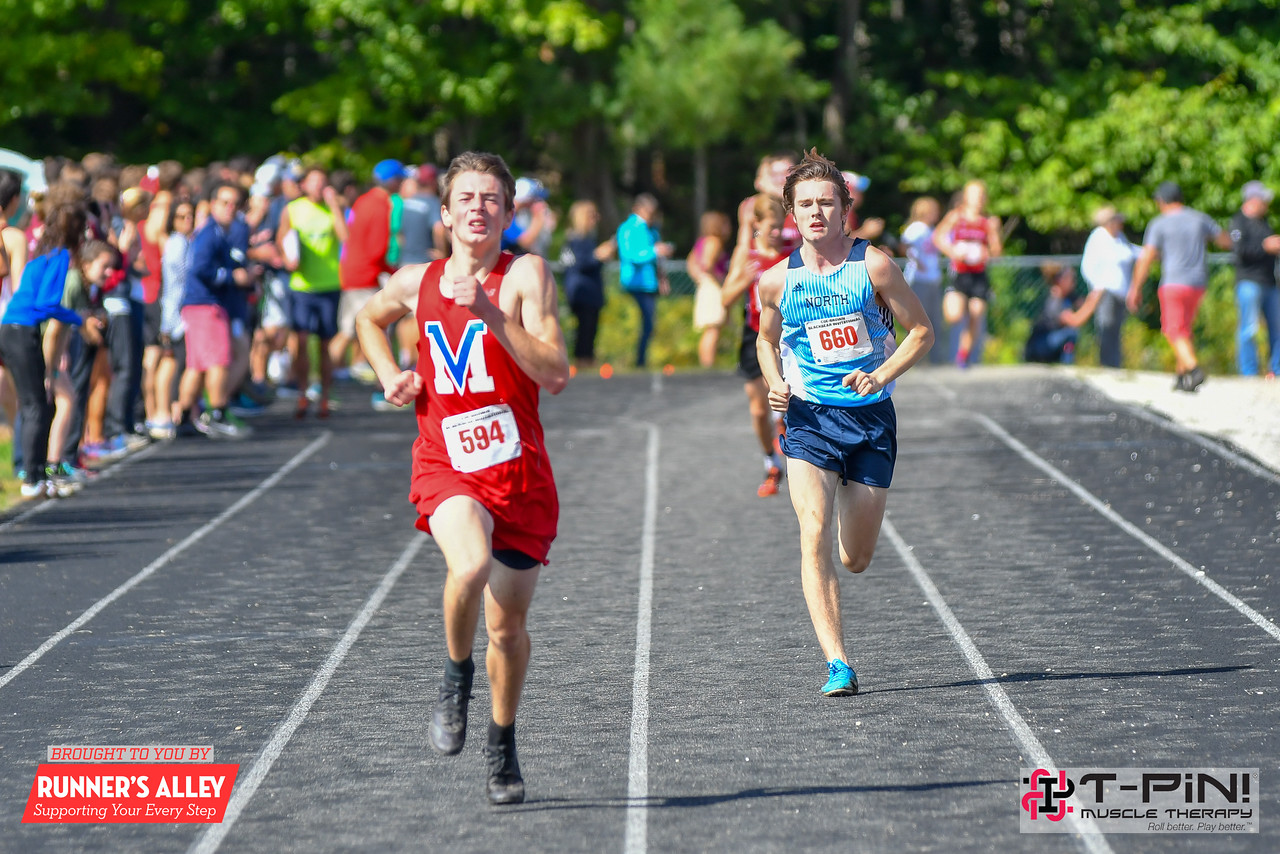 By the road section Vaillancourt set out to test the field opening a gap he would enjoy the rest of the way back towards the finish line.  Rai would make headway on the Khalil’s, getting in their back pocket by the time they reached the common again. Vaillancourt would win this one in a pretty quick 16:10, with Rai back 13 seconds.  Dylan would beat Jared in and Korthals would take the fifth spot. Windham’s Trey Gonzalez would be fifth and Harrison Kim of ConVal, Josh Nottebart of Pelham, Trevor Scopelites and Matt Bernier of Conant would round out the top ten.

The men’s race was a see saw of teams based on pre race expectations and relative history.  The Con Val boys prevailed with a strong bit of pack running, putting four in the top twenty, scoring 74 points.  The home team, Sanborn, with three in the top 11 finished a close second with 79 points. Windham would finish third (90), with surprise top D3 team Conant finishing fourth (125) and Hollis-Brookline in fifth (140.)