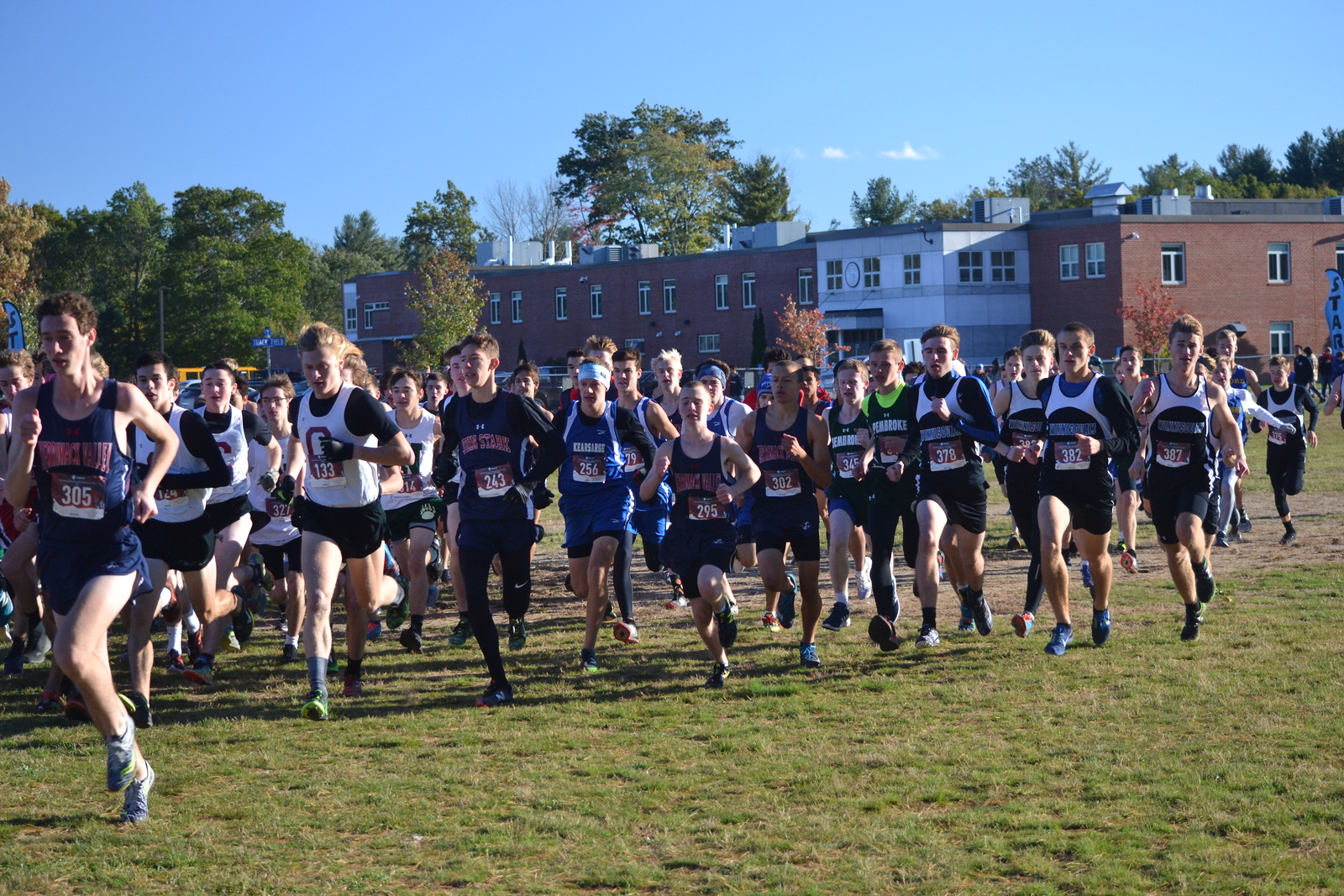 With the mountains of acorns rolled off the trail, the leaves blown, and the usual torrential rain in the forecast, all is set for the 43rd annual Capital Area Cross Country Championships, held Thursday at Merrimack Valley High School in Penacook. Bringing together schools from all three divisions, as well as several private schools, the CACCC annually bestows bragging rights to the top XC schools in the Capital region.

Traditionally, the boys start this race off and 2019 will be no different. Also no different is this year’s team favorite, Concord, winner of the last three editions each time with a score under 20. This year should be another fairly easy team win for DI Concord, although don’t expect the score to be quite so low. Filling out the podium should be a battle between one school from each of the remaining categories, with DII Bow, DIII Hopkinton, and private school St. Paul’s racing to see who is the best of the rest.

Individually, the big favorites of recent years are gone, making this a very interesting race and a tricky one to predict. Freshman Patrick Gandini of Gilford may actually be the slight favorite after a very fast Belmont third place finish. Ryan Devine of Concord is the most familiar name with a shot to win, while his teammates Eben Bragg and David Cook are the top returning runners from 2018. Clemens Herfarth of St. Paul’s is the dark horse pick to win, he has several individual victories this year as well as an 8th place finish at the Northfield Invitational earlier this year. In any event, look for a lead pack to form and likely stay fairly close together as a battle of attrition plays out. 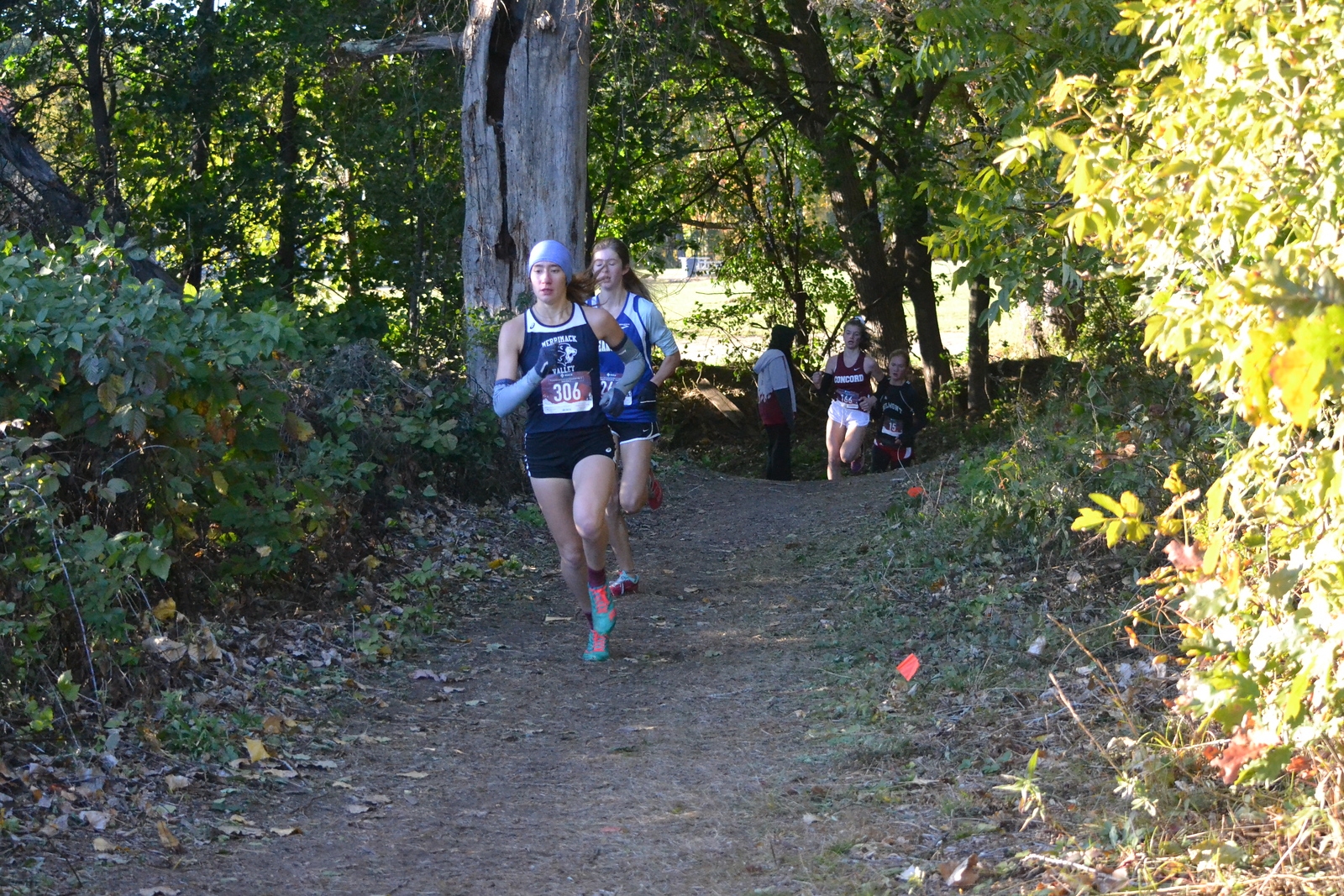 This year’s girls race is shaping up to be one of the most competitive in recent years, with three of NH’s top-ten ranked teams present; 3rd ranked Merrimack Valley, 5th ranked Concord, and 6th ranked Hopkinton. These teams have been following their own unique schedules since the Manchester Invitational, and this head-to-head meeting has the potential to shuffle the state rankings. Merrimack Valley has a front-heavy team with a razor-thin margin of error, while Concord and Hopkinton boast very similar teams with compact team times and ample depth. If MV can put two or three ahead of the other teams first runner, they will be hard to beat, but both Concord and Hopkinton have been developing some speed up front. If any of these top three teams leave an opening, Kearsarge, a similar front-heavy team to MV, will be there to run onto the podium.

Individually for the girls, the scenario couldn’t be more different than the boys with 18 of the top 20 runners from a year ago returning. Sophia Reynolds of MV is the defending champion, but hasn’t quite been at the level she was a year ago. 2017 champion Mya Dubie of Kearsarge is in top form and would like to return to the top of the podium, but she may have to use her famous kick to hold off MV’s other Sophia, 9th-grader Sophia Rebenciuk who is coming off a victory at the Plymouth Invitational. Morgane Orcutt of Concord and Emma Rothe of Hopkinton are the most likely challengers to slip into the top three, while Kearsarge’s Baer sisters, MV’s Emma York, and the entire rest of Concord and Hopkinton’s varsity squads look to fill out the top ten.