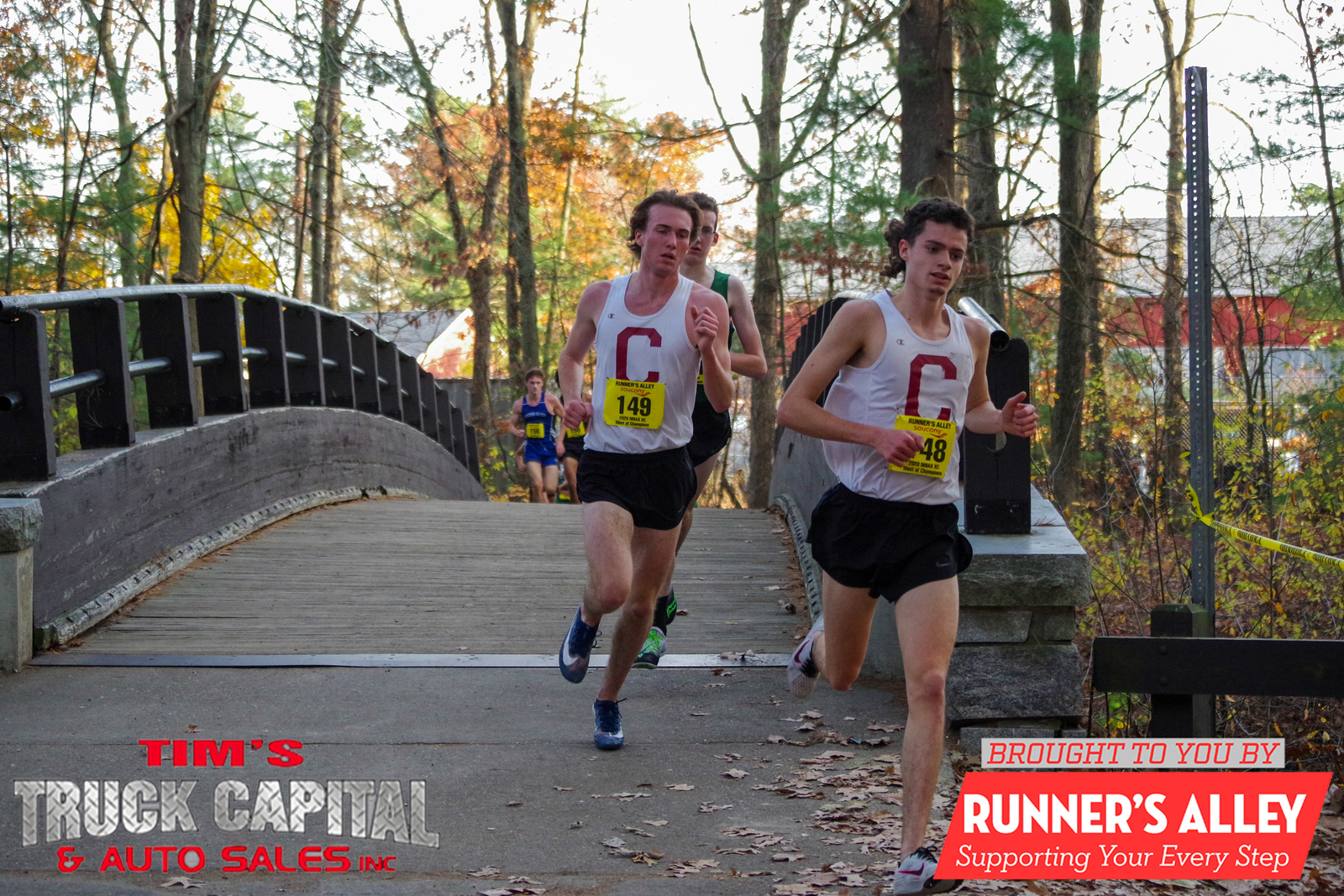 I got an email the other day from a coaching colleague, calling me a “man of letters”, suggesting an idea for an article for NHCC and that I was the right guy to write it.  Before I could say “yea or nay” another colleague seconded the motion, so here I am, at the computer writing the first of two articles on where last year’s seniors are headed to continue their education and running careers.

Why two?  Considering I don’t know all the coaches across the State or all of last year’s seniors, I’m going to identify those that I know in the first article, with the hope that coaches, parents or athletes will get back to me so I can be as complete with the second one.  Sound good?

First off I’ll shout out those athletes I know staying in the great state of New Hampshire.  Addison Cox, D2 champion and Meet of Champions champion, of Coe- Brown is headed to UNH and will be joined by Anna Madden of Exeter, Brayden Kearns of Concord, and Donovan Lombara of Monadnock to run for new director Coach Rob Hoppler.  Carter Sylvester of Coe- Brown will take his magical eye-glass strap, unique running style and his ability to simply run through the

competition to Southern New Hampshire University.  Aurora Couto of Belmont will follow in her coach Scott Clark’s footsteps, to Keene State, where he had an outstanding career back in the 80’s.  Coe-Brown’s Tessa Millette and Mascenic’s Quinn Aldrich will become teammates at Colby Sawyer, and will have the guidance of one of NH’s greatest running minds as an assistant coach in Walt Chadwick.  And heading just down the road from me with be Coe-Brown’s Log-Dog, Logan Mihelich at Franklin Pierce where he will run for NHCC alumnus Zach Emerson.

Heading out of state, we have Mascenic’s Landen Vaillancourt and Monadnock’s Delaney Swanson heading just over the border to enhance Gary Gardner’s crew at UMass Lowell.  Owen Fleischer of Oyster River is headed to the Ocean State, and if he runs track as well will become a teammate with my nephew at the University of Rhode Island.  Division 1 competitors will become Division 3 teammates when Bedford’s Carly Rinko and Concord’s Morgane Orcutt team up at powerhouse Middlebury College in Vermont.  Londonderry’s Ryan Young is headed to southern New England and UCONN.

Heading outside the New England states (just outside), to New York, is the trio of

Luke Tkaczyk (Coe Brown), Eben Bragg (Concord) and Andy O’Brien (Oyster River) who all will be headed to Siena, Stony Brook, and Cornell respectively.  That’s a pretty good grab for the Empire State.

A little further down the coast in Maryland, Windham’s Rohan Rai will be attending the US Naval Academy, so it’s safe to say those luscious locks of his will be a bit shorter than they were this spring.  I think that’s deserving of a salute!  Londonderry’s Matt Griffin will be in the area as he takes his talents to Georgetown.

And our furthest traveler (so far) is Monadnock’s Harry Ryan (not Ryan Harry as I’ve written before, hey two first names, not my fault!) will be headed to Georgia Tech to study aerospace engineering of all things.

Like I wrote earlier in this article, I’m not interested in leaving anyone out and looking forward to lots of emails with lots of great information regarding our recent graduates.  Send more soon to be freshmen all over again to me, Mike Smith at msmith@mascenic.org. Valhalla Running Club and Mascenic cross country will be hosting Junior Olympic development races this Sunday, November 3rd, beginning at 11am.  The […] 3 thoughts on “Where Are They Headed?”