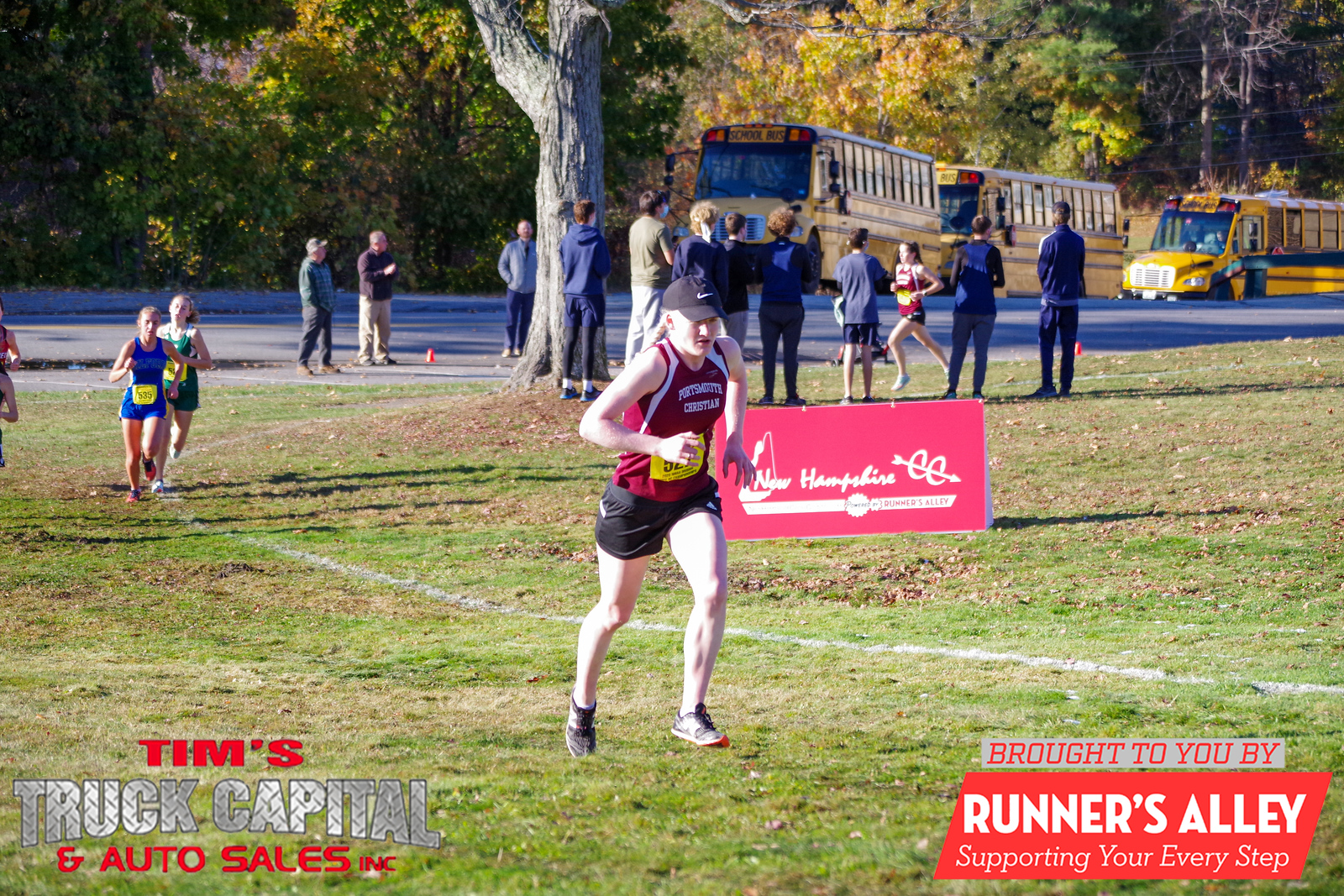 At just after 5:30am Saturday morning (EST) Portsmouth Christian recent alum Liza Corso won the silver medal by finishing 2nd in the T13 1500 meter final at the Tokyo Paralympics in a time of 4 minutes, 30.67 seconds. Corso, who is legally blind, found herself seeded eighth heading into the final, hung in the middle of the pack for most of the race before working her way towards that second spot with a lap to go. In the end, Corso would finish behind Ethiopia’s Tigist Menigstu and ahead of the 2016 Rio champion, Somaya Bousaid.

Corso started competing in sixth grade for Portsmouth Christian Academy, following the footsteps of her brothers.  Running cross country, indoor track and outdoor track during her time as a high schooler, Corso was recognized as a Division 3 All Star all four years, as well as winning both the 800 and 1600 meters this past spring in Division 3, and the 1600 meter title at Meet of Champions.

This summer was Corso’s first international Paralympic experience, and she made good on the opportunity.  While many were surprised at her high finish, including herself, we 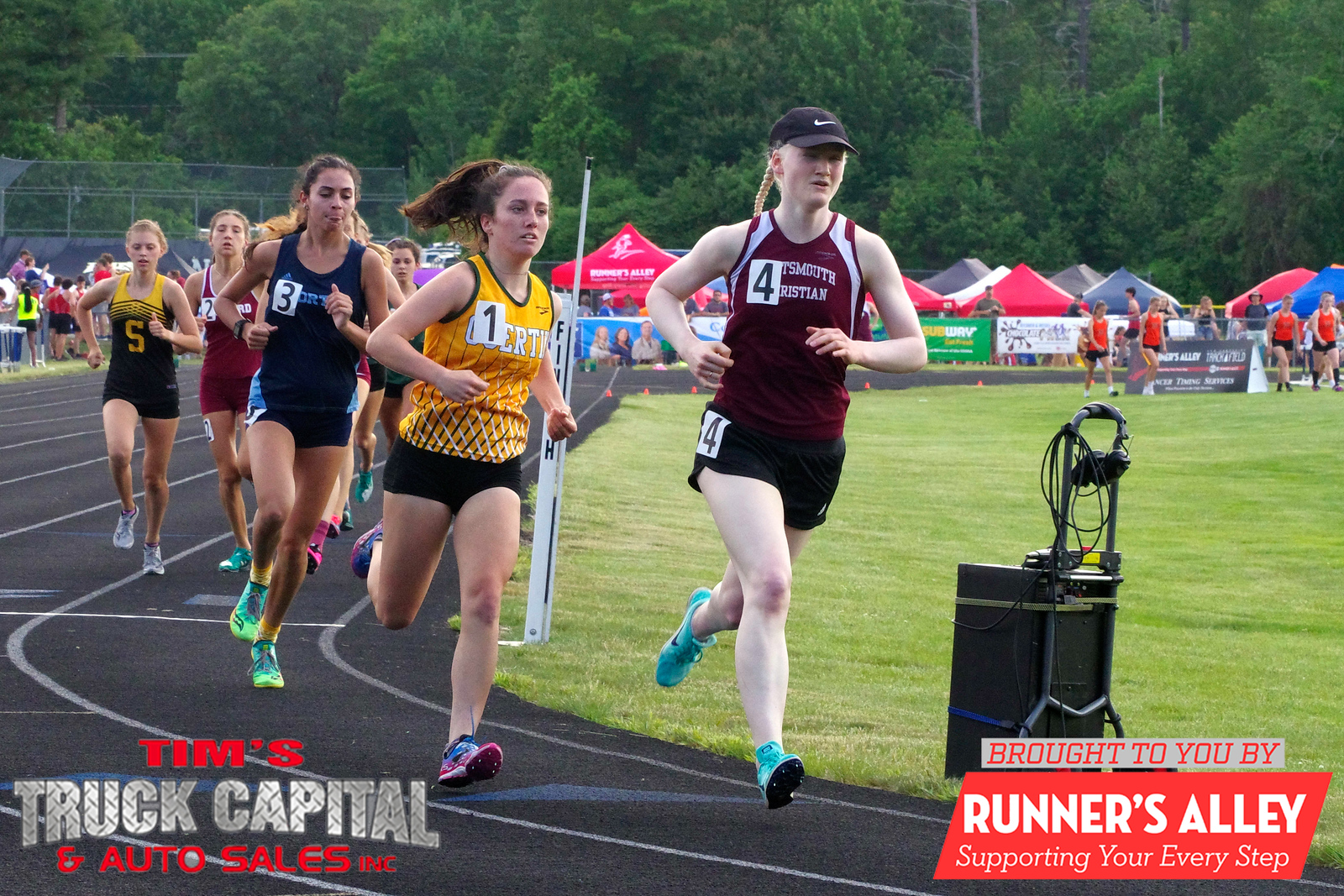 probably shouldn’t have been.  She’s been breaking standards her entire running career.

Liza started competing as an athlete in sixth grade at Portsmouth Christian Academy under the tutelage of Cheryl Kjendal and Michaeleen Sicard.  When Corso matriculated to the high school, head coach Mike Shevenell correctly asked Kjendal to take the reins of the distance program.

This was Corso’s first international experience with the Paralympics and she made the most of it.  She was accompanied in Tokyo by her mom, Daphne, who happens to coach the PCA middle school program now.

Prior to focusing on running, Liza was a nationally ranked competitive jump roper.  That certainly doesn’t hurt with foot speed and agility!

The semi-final on Friday was added, with Liza finding out about it only a few days in advance.  She finished fourth to move onto the final less than 24 hours later

where she was ranked 8th going in.

I’ve come to know Liza as a member of the Division 3 ranks in New Hampshire.  As I coach of a D3 program and through my work as an official and for the website, it’s been very gratifying watching her develop in the sport.  From an up and coming freshman, to a go-for-it sophomore, and then a simply dominating and fearless frontrunner her junior and senior years, I got to witness her tenacity more than many NH high school running fans.

One of my memories is a race at the Derryfield School, which had at the time a very twisty, technical course. Smartly they brought in guides to help her navigate the course.  I knew Liza was visually impaired, but up to that point I had seen her navigate courses so effectively I thought it was a minor impairment.  It was at this race in talking to her coach, Mike Shevenell, I learned she was legally blind.  And while what she had accomplished so far was impressive, what she did that afternoon was equally as impressive.  Her guides, two college guys in their twenties, had to “tag out” with each other about

halfway through as she was outrunning them!

Over the ensuing years there were some great battles between Corso and Kearsarge’s Mya Dube, two of the best to come through the D3 ranks.  In many cases, when someone comes up against another athlete with the pedigree of Dube’s, they tend to defer to the master.  Corso however is not from that mold, and at every chance would take on any competitor and challenge them to beat her.  This is a trait not often found in runners so young.

I was quite excited when Brianna Malone became her teammate and was able to provide Corso with both a training partner and a racer that could help navigate the trickier courses alleviating any concerns about being paced in races.  Watching the two of them set out, relentless, at the front of the field was awesome.  Seemingly a match made in heaven.

And while I’m sure the outcome of last year’s Division 3 XC race still stings, I remember watching it unfold in real time, and then via the video replay, I was impressed with her race at Derryfield Park.  Alone from the gun, without Malone beside her (as Malone started in the second wave), Corso had to navigate a course

that had seen 800 runners rip up ahead of her without the benefit of spectators helping to delineate the course by virtue of just being there to watch.  Seeing her miss the door at the far turn and then zig-zag her way across the finishing field was hard to watch and a testament to how determined she is.  And to finish second officially, while being the first to cross the line seems a bit like salt in the wound.

But with that said, it’s experiences like this that lead to the strength necessary to do great things down the road.  And I’m sure that back in October, Corso wasn’t thinking about Tokyo, but the road ahead isn’t always mapped out in advance.  And it’s safe to say that even with all those twists and turns, things turned out pretty good.

Her silver, while a tremendous achievement, is only one stop on a very long and successful career for this young lady.  And I for one am going to enjoy following the rest of it.

Congratulations to Liza Corso, and a big round of applause to all those who helped her with her Paralympic dream.

Foster Article Prior to Paralympics By Mike Smith If I’ve done my math correct, and I’ll willingly admit I often don’t, this should be the 41st ‘Jeri […]

One thought on “Liza Wins Silver!”