This Saturday is truly when it all starts!  Ranked teams are running head-to-head between the 2 varsity races at the Nashua North Invite.  Both races feature 4 ranked teams along with several teams which have the potential to be ranked in the coming weeks.

The boys race looks to be a showdown of sorts between defending state D1 champion Concord (NH-2) and upstart Bishop Guertin (NH-3).  By going head-to-head this early, we will see who is a leg up in September.  Akin to the first mile of a race, this test will see who looks the strongest out of the gate.  Concord looked great last week with winning the Bobcat Invitational on one of the toughest courses in the Granite State.  Led by Sam Hilts’ runner up finish, the Crimson Tide looks positioned to remain at least a contender.  But BG, which returned their entire varsity, has looked strong as well in the early going.  Led by Nate Fondakowski, the Cardinal boast strong front running along with great depth and pack time.  It will be exciting to see how this shakes out on the flat course of Mines Falls.  Does BG have home course advantage?

Also, look for the mystery of which side of THE rivalry is stronger this year as Pinkerton and Londonderry face off for the first time.  Between Saturday and then the Mack Plaque on Tuesday, that question should be answered.  Pinkerton(NH-4) is more of a mystery but is led by Luke Brennan and Ethan Charles, a formidable 1-2 punch.  Londonderry (NH-5) counters with Sean Clegg and Ryan Fortin along with depth led by Will Plante.  Again, this is what is so great about these invitationals early!  Showdowns, both traditional and new come to the surface.

Individually look for Fondakowski, Hilts, Brennan, Charles, Fortin, Clegg to form the front pack.  Fondakowski has a knack for making others hurt early in the race. 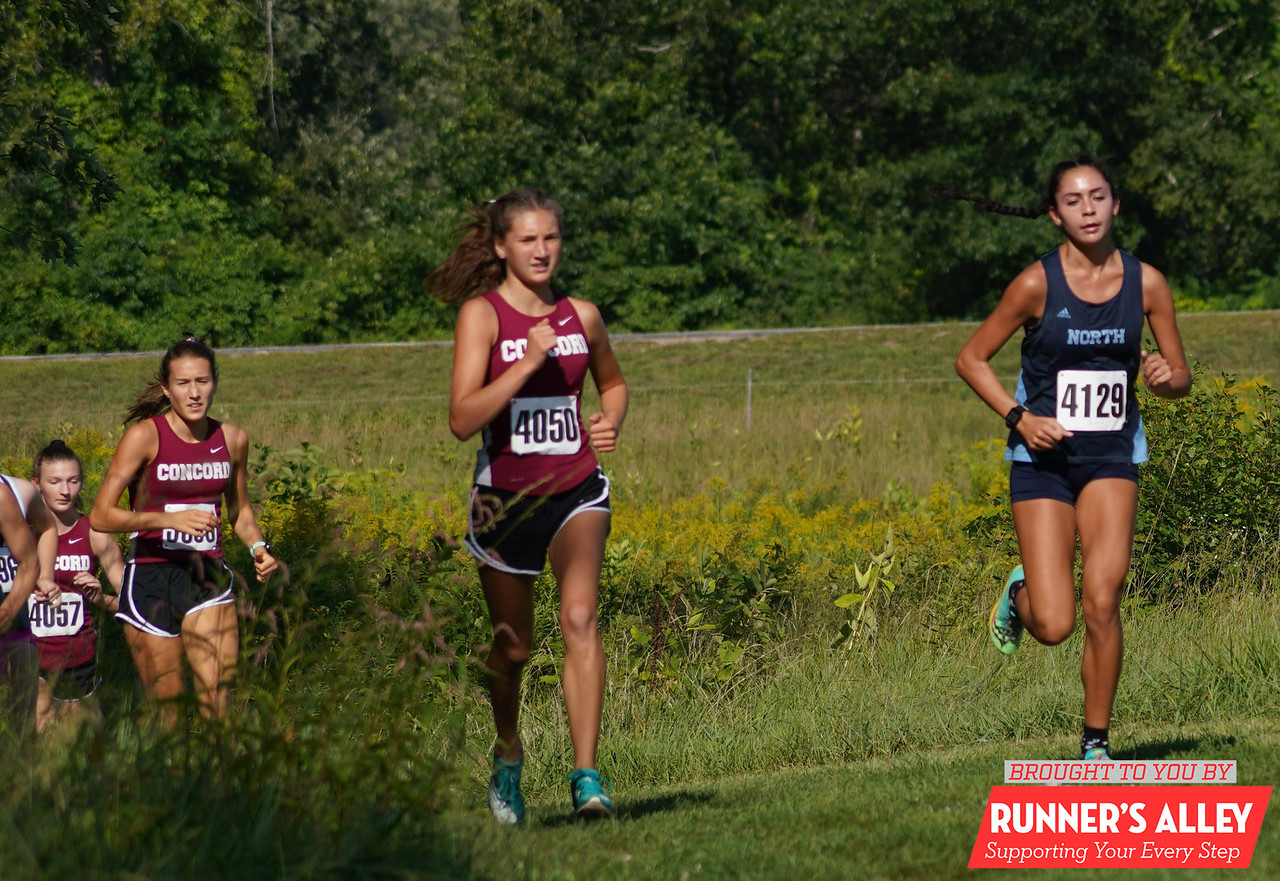 Hilts practiced that last week as Gilford’s Patrick Gandini set an early punishing pace.  Do not overlook Brennan just because he was unable to participate in championship meets last year.  He is experienced and tough.

On the girls side, we also have 4 teams listed in the preseason rankings, beginning with preseason NH #1 Concord.  The Crimson Tide, led by Molly Nyhan and Alina Pincoske, will be looking for a bounce back meet (of sorts) as they placed 3rd behind Dover and Hopkinton last week at the Bobcat Invitational.  They do have a couple injuries, so watch out for them if those athletes return on the gentle but fast course on Mines Falls.  Looking to move up in the rankings will be Pinkerton, Bishop Guertin and Bedford.  Pinkerton (NH-3), led by Ginia Rufo and Bishop Guertin (NH-5), led by MaryKate Finn and Fiona Doherty, will assuredly be shooting for the top of the podium. While these 2 storied programs have their sights set on the end of October, there is a championship level feel whenever they meet.  Add in Concord and also Bedford (NH-8), led by Fiona Lee, and we should have a barnburner of a team battle.

Individually, the above mentioned athletes, Rufo, Nyhan, Pincoske, Finn, and Doherty will be challenged at the front by North’s Dantia Braccio, and Londonderry’s Grace McDonough. It will be interesting to see who pushes early and how others react.  Finn has the tenacity and now the experience, but keep in mind Rufo was off to a phenomenal start last year, but was unable to participate in the championship meets.  Braccio also has a lot of experience, so do not overlook her especially at her home invite.