A small contingent of NH harriers is headed to Huntsville, Alabama for the Runninglane XC Nationals.  In its second year, this event has become the de facto Nike

Cross Nationals which was canceled again this year due to COVID concerns in Oregon.  Akin to NXN, most of the best teams in the US are flocking to Runninglane to determine which school has the best XC team in the country.  Also similar to NXN, many of America’s top individuals are also making the trip.  Unlike Nike Cross, individuals and teams did not have to qualify for the event.  While many were invited by organizers, any individual and team can enter; however, organizers placed individuals and teams in one of multiple races (Gold, Silver, Bronze) according to seed times and performances over the course of this season.

With 30 teams and close to 90 individuals allowed per race, fields will be close to 300.  With these stipulations, some very good teams and fast individuals are actually placed in the Silver Race.  For example, Bishop Hendricken, RI this past weekend’s NXR Northeast Champs are in the Silver race as is NH’s best, Chloe Trudel.  All 3 types of races will be ultra competitive.  The Gold Race will determine the national champions however and should be viewed at the same competitive level as NXN.

Besides the competition, also drawing the great numbers is the course and conditions.  A converted, mostly flat golf course under near perfect weather conditions yields extremely fast times.  Last year’s boys race was won in 14:26 while the national record was set in the girls race at 15:58.

This past weekend’s Nike Northeast Champion, Coe-Brown’s Aidan Cox is in the Gold Race which is slated to start at 12:30 EST.  In any non-pandemic year, Cox would be in Portland, OR right now, but Runninglane will be just as competitive!  After running solo for much of the NXR race, Cox will have plenty of company as 15 of the top 30 individuals in the country are listed as participating. Joining Cox in the Gold Boys Race is PEA’s Byron Grevious.  Trudel is in the Silver Girls Race along with Coe-Brown’s Sheldyn Fisher.  Their race is scheduled to start at 10:30am EST.  Cox’s teammate, Lars Hogne is in the Boys Silver Race which is slated to start at 11:00am EST.  Races are being livestreamed, but a subscription is required. 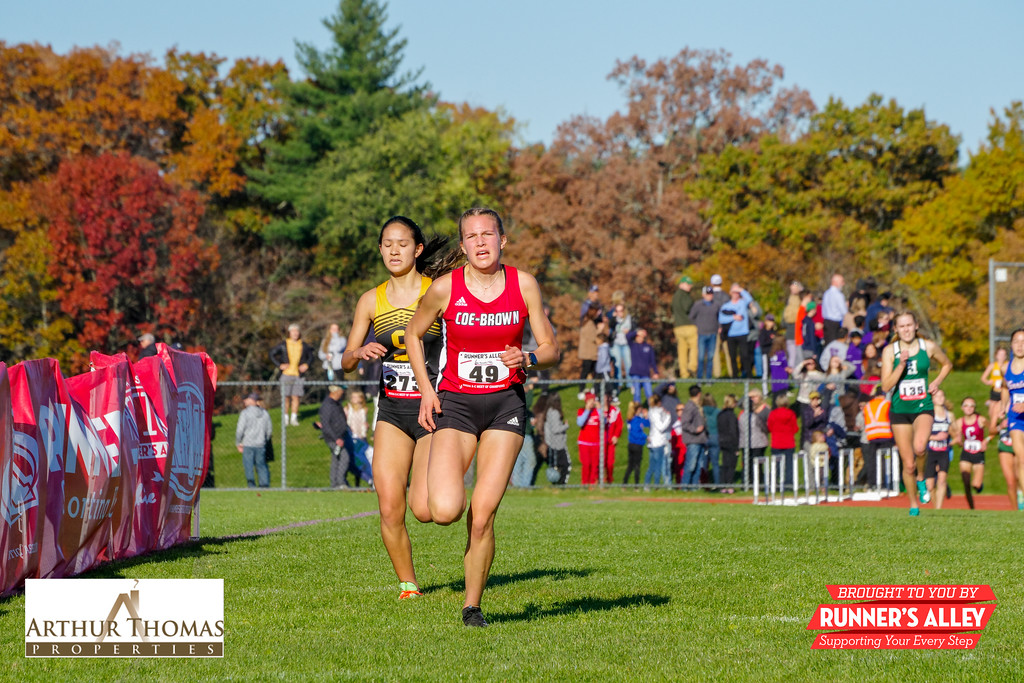