Congratulations to Fiona Lee and the Bedford girls at they took both the individual and team wins at the 2022 Nashua North XC Invitational, which featured a 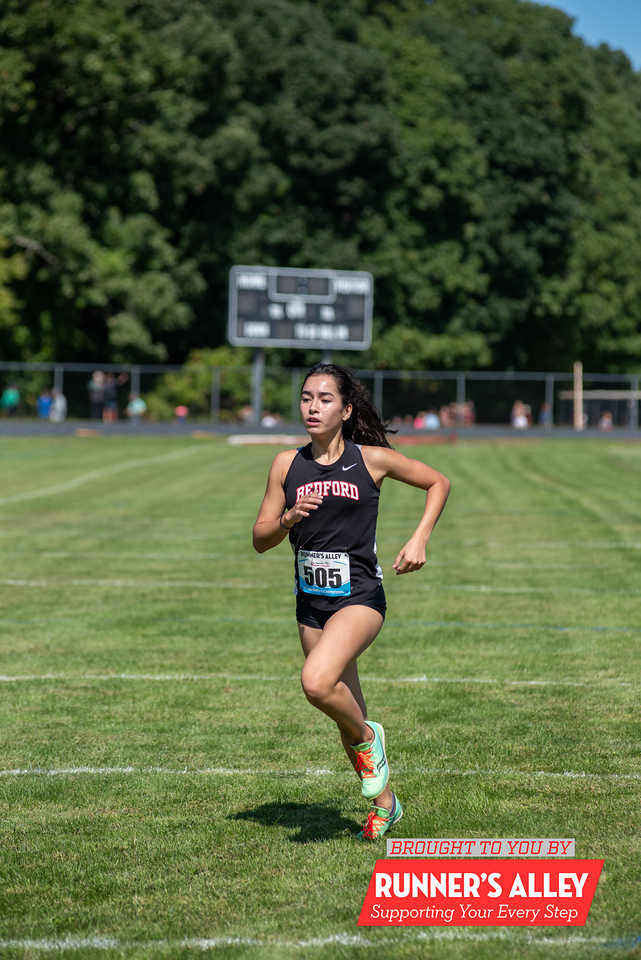 Bedford placed 5 in the top 13 to win with 38 points as Mia Moranti and Kelseigh O’Neill placed 12th and 13th respectively.  Pinkerton was 2nd with 59 points placing 5 in the top 22 as three freshmen, Kalsian Marzolf, Gabrielle Bedard, and Sarah Rasa placed 14th, 17th and 22nd respectively.  This is important because history shows they will only improve over the course of the season.  Concord and Keene tied for third with the Crimson Tide getting the tiebreaker as their 6th bested Keene’s 6th runner.

On the boys side, BG’s Matthew Giardina won in 16:15.  Londonderry’s Ryan Fortin was a comfortable second in 16:27, then the close finishes began as Merrimack’s Cameron Fredette edged Hollis-Brookline’s Ryan Burgher. NH#3 Nashua South certainly lived up to their ranking as they won with 92 points to Pinkerton’s 105. South was led by sophomore’s Daniel Byrne’s 5th place finish in 16:42.  His twin brother, Andrew was 13th in 17:06.  Alvirne senior Nick Marcotte was as strong 6th in 16:46 a few seconds in front of Concord freshman Josiah Conley.  Bedford’s Jacob Redman was 8th in 16:53, Londonderry’s Sean Clegg 9th in 16:56 and Salem’s Brock James rounded out the top 10 in 16:59.

Teamwise, behind South, Pinkerton was just 13 points back in second with 105 points.  This is notable as they did not have an athlete in the top 10 and were led by Theo Davis (12th).  Concord was 3rd, five points ahead of BG with 118 points, while Salem rounded out the top with 138 points.

Congrats to all athletes, but special hats off to Nashua Schools as they were still able to have the invite considering the challenges with the bridge!