Visit the Black Bear Meet Hub view a course preview, past race videos, interviews, pics, results and articles!  This will be your one stop for everything regarding the Black Bear Invitational.

Since 2006, when the best of the best in NH descended upon the rolling and challenging course in Northwood. The Black Bear Invitational has been one of highest quality cross country meets in NH.  As always several of the states’ ranked teams and Phillips Exeter, one of the better programs in all of the Northeast, will be competing.  This makes Black Bear one of the premiere contests of the fall season.  Look for #4 Dover, #3 Oyster River, #6 Hanover, #9 Bow on the girls side, along with #1 Coe-Brown, #5 Oyster River, #6 Bishop Guertin on the boys side. 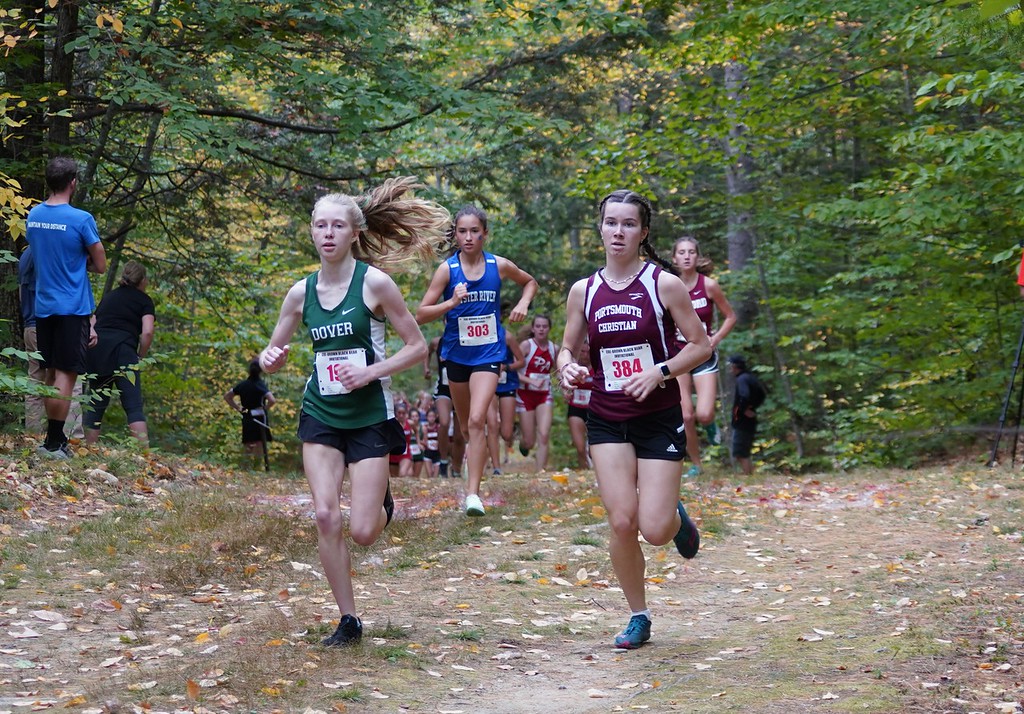 Anyone catch that Bow’s Susanna Zahn improved by over 4 minutes at this past weekend’s Manchester Invitational compared to 2021 MI???  While we saw hints of this last spring, Zahn has absolutely exploded on the scene this fall with this past weekend’s MI47 Small School title.  She covered Derryfield’s course in an absolutely impressive 18:16, launching herself into conversations regarding New Englands and even regional competitions like Nike and Eastbay.

So she is the favorite, but do not overlook other names the Granite State has to offer!  D3 superstar Brianna Malone was next closest.  Manch was certainly her first full effort and she dropped an 18:45!  Great first race.  Also look at Oyster River and the seemingly inseparable Haley Kavanagh and Mackenzie Cook, who rolled to 19:15 and 19:20 respectively.  Coe-Brown’s Sheldyn Fisher and Hanover’s newcomer, Lea Perreard were right on the Bobcats heels, so expect the same this week; possibly giving 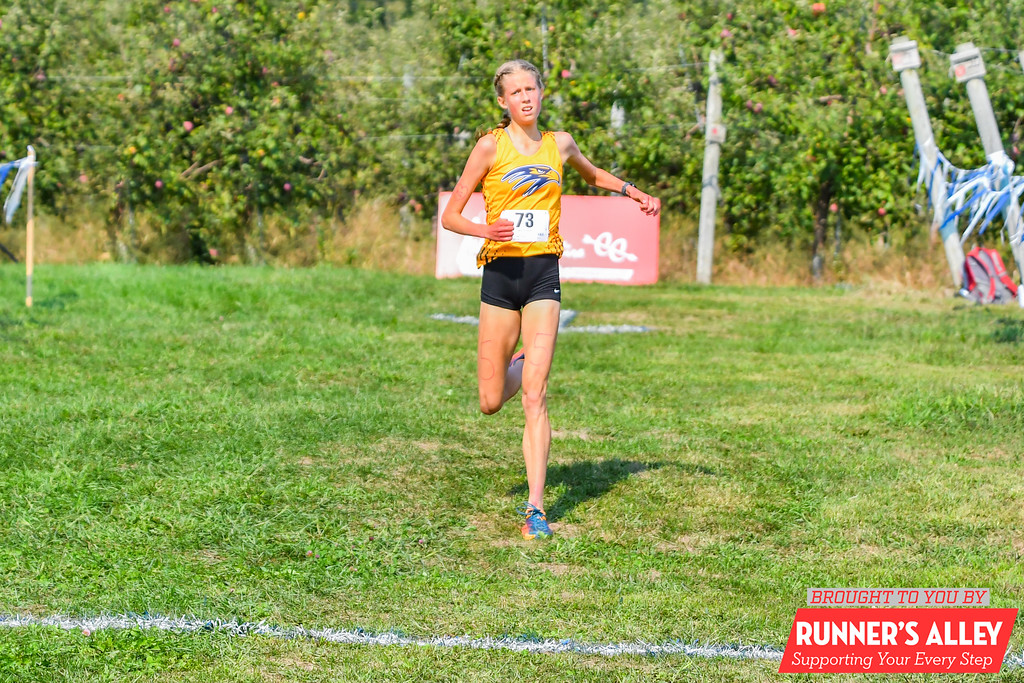 the nod to Fisher as this is on her home course.  Forming a secondary chase pack should be Bow’s Maya Brochu, PEA’s Tenley Nelson and Daria Ivanova, as well as Dover duo Alyson Bortz and Isabel McIntyre.

Previewing the team race, fresh off their runner-up finish in the Large School Race at Manch, Phillips Exeter Academy may be the  favorite.  Led by the aforementioned Nelson and Ivanova, they boasted a spread of less than 90 seconds at MI47.  NH-3 Oyster River would look to be next best; however, look for the Dover Green Wave to continue to improve.  While they may be keeping a lower profile than last year, when looking at their roster and their team spirit, it will only be a matter of time as the season progresses.  Perhaps one of the surprises from this past weekend has to be Hanover, which checks into this weekend ranked #6 in NH.  Led by newcomer Perreard, Sarah Glueck, and Maria Anderson, Hanover appears to be #2 in D2.  Hoping to change this will be the Zahn and Brochu-led Bow Falcons as they are ranked #9 in NH.

off of his latest win at Manchester where he ran in the lead from about 1k to the finish, breaking 16:00, Gandini has shown he is fit and ready to mix it up with anyone.  The defending champ will have his work cut out for him as Coe-Brown’s Aidan Cox is in top form as evidenced by his own win at Manchester in the Large School Division in 15:20 last week, just 3 seconds shy of Ben True’s Manchester Invitational meet record.  Couple this with the obvious motivation inherent with being the host school and having struggled at the Black Bear last year, Cox will certainly be game for a great racing opportunity.  Throw in nationally ranked Byron Grevious of Phillips Exeter Academy and we may have a barnburner on our hands!  Expect Grevious to be highly motivated and hungry as he unexpectedly missed last week due to an ill-timed fall.

Looking at the team race, we have 4 of the top 10 NH programs competing, as well as Phillips Exeter which could be in for NXR contention later this fall. By virtue of their 4th place finish in the Large School Division last week, NH#1 Coe-Brown has to be the favorite considering it is their home invitational right? But then again, maybe not.  Consider PEA was minus their best runner at Manchester.  That is a lot of points.  Coe-Brown beat PEA by 40 or so.  Will this be enough to hold them off with Grevious running?  We will see! Then we have Oyster River, the new surprise #5 in NH.  They have been taking quite the patient approach to this season.  They seem fresh and ready to roll.  And don’t count out last year’s team champ, Bishop Guertin, currently NH’s #6 team.

*The host school has asked us to remind all those attending to please leave your dogs at home.  It is against school policy to have them on campus. Black Bear Meet Hub Results Link to all Races – Thanks Granite State Race Services PICS!  Interviews Below! Although smaller than the […]